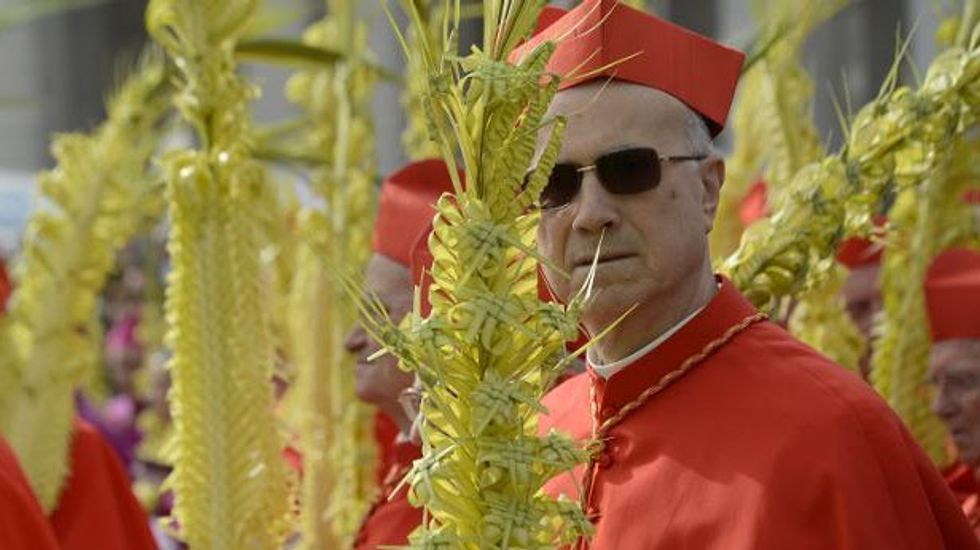 An Italian cardinal is moving into a 600-square-metre (6,500 square foot) Vatican apartment in apparent contradiction with Pope Francis's call for a "poor Church", Italian daily La Repubblica reported on Sunday.

Tarcisio Bertone is the Vatican's former Secretary of State, a role equivalent to prime minister, and the report said his luxury lodgings were stirring unease as Francis has pushed for clergymen to be more humble.

The flat also has a 100-square-metre roof terrace and is next to St Martha's Residence -- a Vatican hotel where Francis has taken up home, spurning the grander Apostolic Palace where popes usually live.

La Repubblica said that Bertone's flat would be about 10 times bigger than the apartment where Francis is living and that he was planning to move in before the summer after extensive building work.

It said the house combined an apartment of up to 400 square metres formerly inhabited by the head of the gendarmerie under John Paul II and the roughly 200-square metre flat where a Vatican monsignor lived.

Bertone's stint as Secretary of State under Benedict XVI was highly divisive in the Vatican administration and top clerics had asked the then pope to dismiss him.

He was accused by critics of being too authoritarian and too connected with sleazy Italian politics.

Just before his removal by Francis in October last year, Bertone lashed out saying he was the victim of "moles and vipers" in the Vatican system.

Francis last month accepted the resignation of Germany's controversial bishop of Limburg, who had come under fire for his luxury lifestyle.

Franz-Peter Terbartz-van Elst, nicknamed the "bling bishop" by the media, was criticised for his official residence, which included a museum, conference halls, a chapel and private apartments.

The project was valued at 5.5 million euros but the cost ballooned to 31 million euros ($43 million) -- all using the revenue from a religious tax in Germany.