Colbert: LGBT 'boy-on-boycott' of Mozilla is gay totalitarianism at its worst 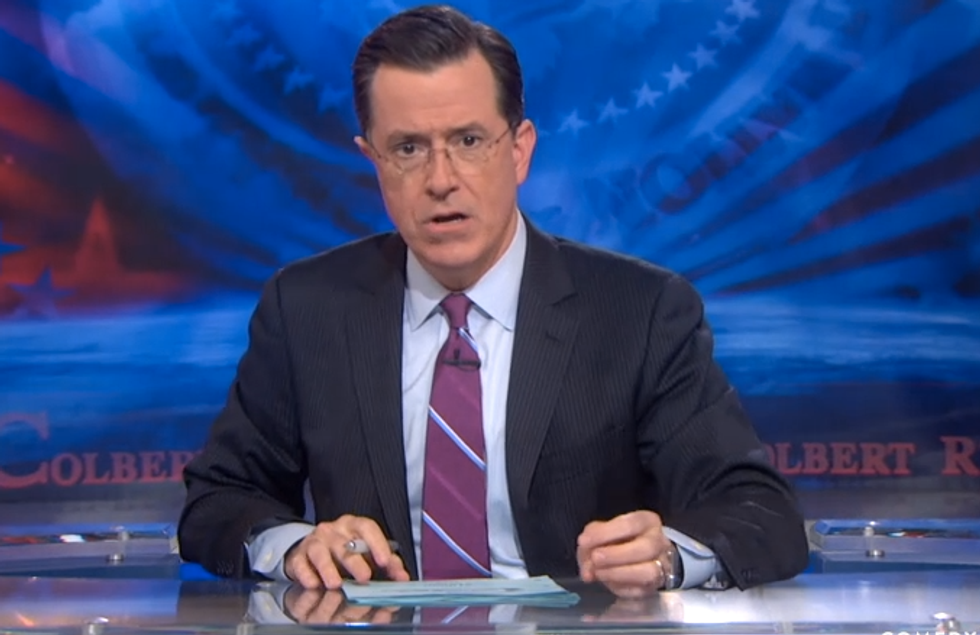 "I like Eich," Colbert declared. "In fact, I've been called something of an Eichmann."

Mozilla employees and LGBT activists raised a clamor over Eich's donation of $2,000 to California's anti-same-sex marriage initiative Proposition 8 in 2008. The dating website OKCupid blocked Firefox users from being able to access the site, forcing those users, said Colbert, to send a text message to the browser Chrome that said "U up?"

The monitor flashed a photo of President Barack Obama.

"Or I'm the voice of God," he said, showing a photo of Pope Francis. "Or, sir, for the last time, only members of the Geek Squad are allowed back here."

The ouster of Eich, Colbert said, is gay totalitarianism, a quashing of free speech.

"Folks, a man has just lost his job for trying to ban same-sex marriage," Colbert concluded. "Meanwhile, there are only 29 states left where I can still fire someone for being gay. I mean, I had to take all of my gay employees on a business trip to Alabama just to can them."

"And the next thing you know, I am going to be forced into the closet for my beliefs," he said. "Everywhere I go, people will assume that I'm okay with gay marriage, but I will know in my heart that's not who I am. And no one can ever make me believe it gets better, because frankly, things are pretty great for me right now."

Watch video about this story, embedded below via Hulu: