Confirmed: "Men's Rights Activism" Is For Misogynists Without God 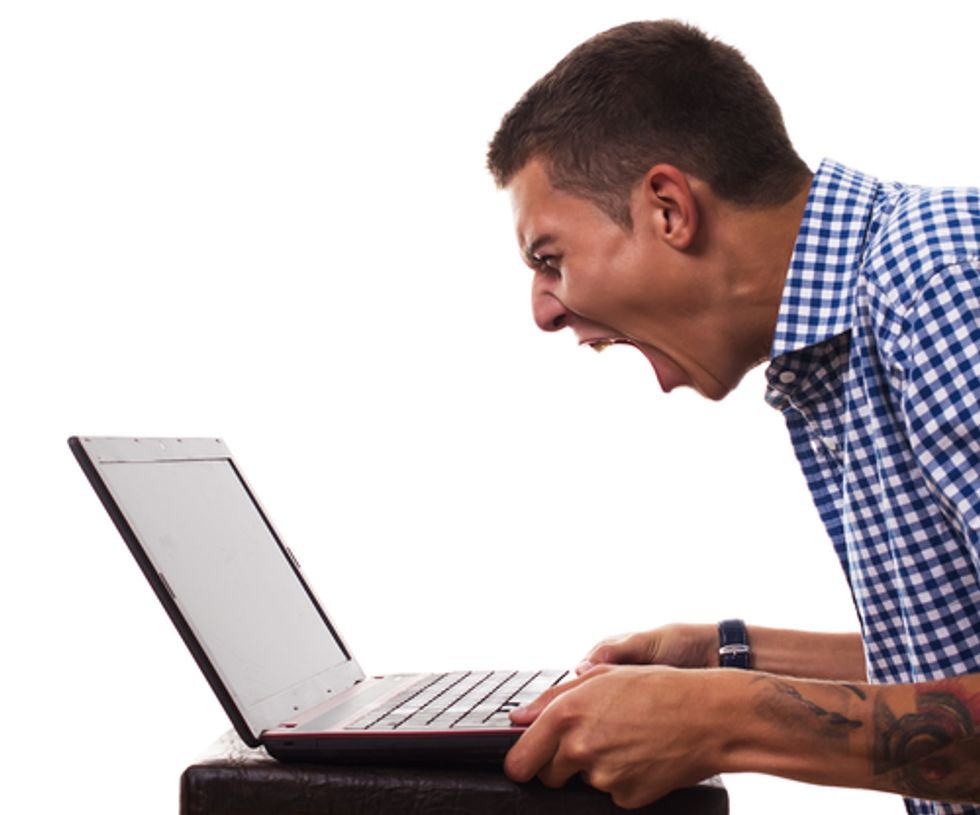 "Men's rights", a code word for opposition to women's rights (usually women's right to be free of violence, to be autonomous in their sexual and relationship decision-making, and to be treated as equals in education and labor ), is a popular topic on Reddit, and recently the forums dedicated to it decided to survey their members to get a demographic picture of them. Stephanie Zvan has a summary. Most of it is unsurprising. As with most reactionaries, MRAs refuse outright to admit that they simply oppose equality and come up with half-witted, belabored rationales for why positions and beliefs that functionally serve as opposition to equality are somehow not anti-equality. With MRAs, they insist that women's gains towards equality are instead women's gains towards dominance, allowing them to treat every move towards equality as an infringement on their rights. The survey reflected that, with most MRAs arguing that women are the dominant sex, socially and legally, in American society. No big surprise there, nor is there any shock that they are nearly all---98%---white. (Probably 99%, since the "other" category, I suspect, was white people who snootily declare they don't see race.) They were all conservative, too, with 84% identifying as "strong conservative" and another 11% identifying as "independent", which is, like "libertarian", a code word for a strong conservative who thinks of himself as an iconoclast. (Another 2% were just plain "conservative", bringing the likely number of conservatives to 97%.) No surprises there.

However, there's a couple of things that stand out. This big one is that, unlike most other men who fit their profile---white, conservative, misogynist, paranoid---the MRAs of Reddit were not drawn to the Christian right, even though that's the most obvious place for such young men to find community (including women that are amendable to being married to misogynists) and a place to channel their misogyny that is more politically powerful than a bunch of dudes ranting on Reddit. On the contrary, 94% of them defined themselves as having no religion. 94%, folks. That's more than any other group outside of an atheist conference that I can think of.

Svan had a good explanation for that, which is that MRA is the only real home for people with a combination of distaste for religion and hatred of women:

When you think about this, it isn’t that surprising. Religious men don’t need to look to the state to give them dominance. They can just claim it comes from the bible and talk about women’s holy duties.

I think that's certainly part of it, but I will also add that there's also a strong difference in aesthetics and focus between MRAs and the Christian right. While the Christian right is chock full of rape apologists and hostility to equal pay, they do tend to put a much larger bulk of their energies to opposing abortion and contraception access, and to excuse this, they are swift to pretend that they care about making men stand up and take responsibility for children they conceive by marrying the mothers. Indeed, the Christian right spouts a lot of rhetoric about how it's good if women use pregnancy and guilt to trap men into marriage, and claim women aren't doing enough of it. MRAs believe women oppress men by getting pregnant, and therefore want women to do less of it. (Also, the Christian right is more accurate in believing women do very little of this, whereas MRAs are just paranoid and making shit up.)  This fundamental difference of opinion matters, as does the way that the Christian right continues to look down on the long hair/beard look and heavy porn consumption, which I also suspect is an issue here driving MRA-types away from using religion as a justification for their misogyny.

The other sort-of surprise is that they are really young.

What age range do you fall in?

I'd like to say I'm surprised, but I'm not. First of all, you can just tell. There's a lot of posturing about sex and women amongst MRAs that is eerily reminiscent of the "bags of sand" joke in The 40-Year-Old Virgin. More importantly, I've spent a lot of years having self-identified MRAs come at me online and so I've noticed a sea change in who adorns themselves with that moniker. It used to be mostly middle-aged men who are furious that their wives were allowed to divorce them and were angling for political power over the lives of ex-wives, and blamed feminism for their problems when they should be blaming themselves and their inability to relinquish control. Now it seems like it's mostly young men who are largely motivated by anger upon discovering that there's nothing they can do to obligate a woman to have sex---much less a relationship---with them, and instead of investing in personal change that makes it likelier women will want to, they instead spend hours online trying to minimize rape and sexual harassment as a kind of broad revenge against women. Subsequently, the points of obsession have moved from being angry about child support to being angry at anyone who suggests that sexual harassment is the fault of harassers.

A lot of these guys try to front like they're much older and more experienced, so I caution anyone who wants to rumble with an MRA to remember he's like 18 years old.

The big question here is where do they go when they age? MRA blogs and forums have been around for awhile, so where are the older ones? They're clearly growing out of it. I'd like to say they are going to grow up and grow out of misogyny, and hopefully some will. Unfortunately, I do think a large chunk will probably just drift into the Christian right and abandon their atheism. You get a little older and start craving an orderly house and stop feeling oppressed by shaving and showers.  The possibility of having a wife who indulges you with regular sex, housework and nightly cooking starts to sound much better than the hamster wheel of hitting on women out of your league and getting rejected and turning online to blame feminism. Church starts looking better. Marijuana starts getting boring. Being anti-abortion and anti-contraception starts feeling like a more effective way to punish women than running around defending sexual harassment online. (Not that you have to give that up if you convert to Christianity.) You don't even really have to really commit to religion in order to become a more mainstream conservative. Half the Jesus people never go to church anyway. You just have to shave your beard and say you love Jesus, and next thing you know, you're plugged into a community with more power than your old one, and one that might actually provide eligible women to marry.

So that's my prediction: Most of them drift off from MRA into the Christian right, or just generalized Republican politics. They start developing Southern accents even if they live in California or Massachusetts. They get married and start caring less about sexual harassment and more about how that Sandra Fluke lady must be a dirty little contracepting slut. They stop being atheist MRAs and start listening to Sean Hannity and Rush Limbaugh.

Because of this, I see no reason for organized atheism to worry one bit about these guys. I don't see them as lifers. Converting to Christianity, either avidly or just in name, is the most logical path for someone who resents women and wants to punish them, but also doesn't want to live without sex or vacuumed carpets for the rest of his life. Feminism and atheism are much sturdier companions, and that's where the investment should go.