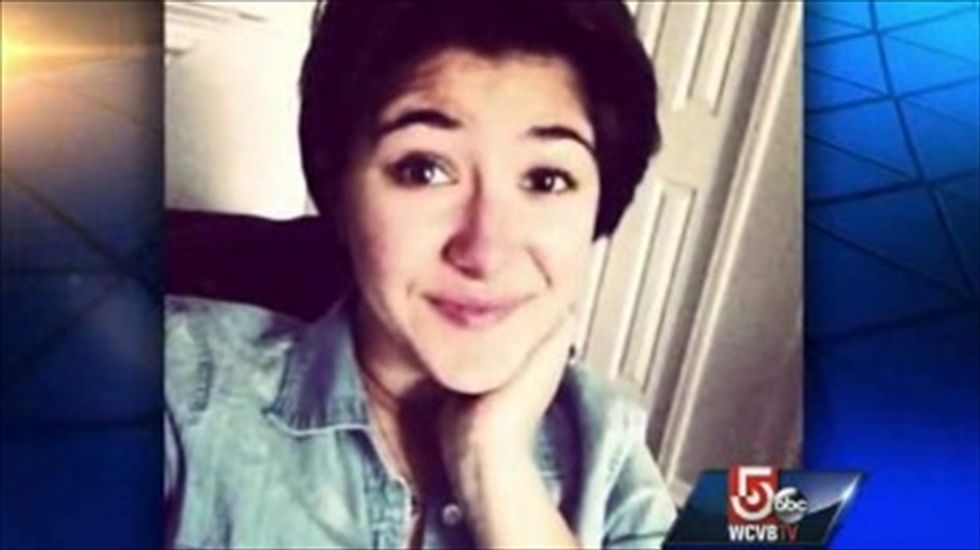 MILFORD, Connecticut (Reuters) - A 16-year-old boy charged on Tuesday as an adult with murder in the stabbing death of a female classmate before their junior prom told a police officer, "I did it. Just arrest me," according to court documents.

Christopher Plaskon of Milford, Connecticut, who previously was charged as a juvenile offender, was charged as an adult in a proceeding conducted at an undisclosed psychiatric center where the teen has been held since the attack, his attorney Richard Meehan, Jr., said in a statement.

Judge Frank Iannotti ordered Plaskon held on $3 million bail. The teen was scheduled to appear at a formal arraignment on Friday at Milford Superior Court.

Plaskon is accused of stabbing Maren Sanchez, 16, both juniors at Jonathan Law High School, inside the school in Milford, a suburban seaside town about 11 miles from New Haven and about 60 miles from New York City.

Police said Plaskon lacerated her neck, chest and face with a kitchen knife that was recovered at the scene. An autopsy report released on Sunday said Sanchez died of multiple stab wounds.

Plaskon, who was taken into custody at the school, told the arresting officer: "I did it. Just arrest me," court documents said.

Plaskon's family released a statement on Tuesday, expressing their "raw sadness" at the tragedy, which took place hours before the junior prom was scheduled to begin. It was canceled following the incident and will be rescheduled at a later date.

"Our hearts are forever broken as we, like you, struggle to understand," the Plaskon family said.

"In prayer, we ask for comfort for the Sanchez family and all of us so deeply affected by this tragedy. We pray for the wisdom to guide us as we desperately try to pull together the shattered pieces of our families."