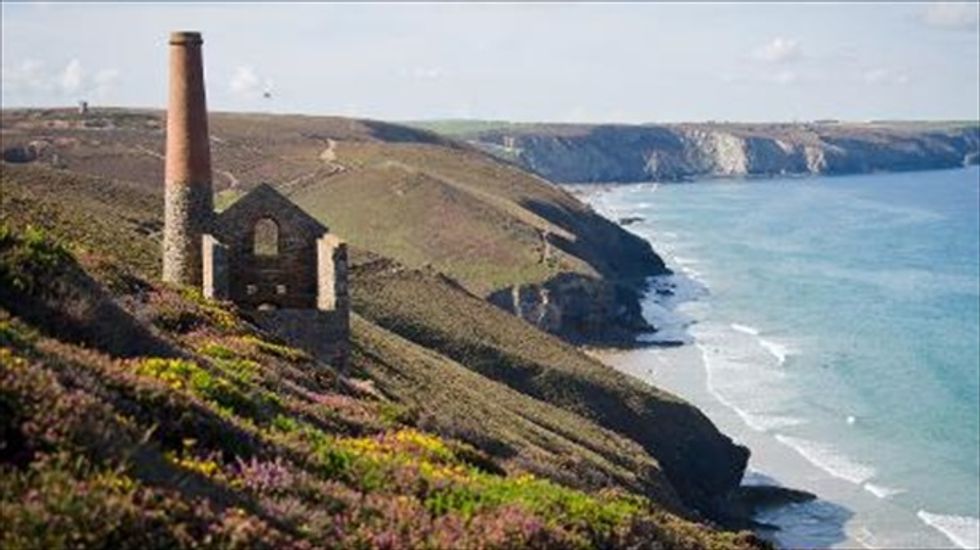 The remains of a tin mine sit on the cliffs overlooking Porthtowan Bay near Truro in Cornwall, southwestern England on Aug. 7, 2013 [AFP]

Cornish people are to be recognised as a national minority group for the first time, giving them the same rights as the country's other minorities, Chief Secretary Danny Alexander announced Thursday.

They will now be classified under the European Framework Convention for the Protection of National Minorities along with the Celts of Scotland, Wales and Ireland.

"Cornish people have a proud history and a distinct identity," said Alexander.

"I am delighted that we have been able to officially recognise this and afford the Cornish people the same status as other minorities in the UK."

Communities Minister Stephen Williams called it "a great day for the people of Cornwall".

"The Cornish and Welsh are the oldest peoples on this island and as a proud Welshman I look forward to seeing Saint Piran's Flag flying with extra Celtic pride on March 5 next year."