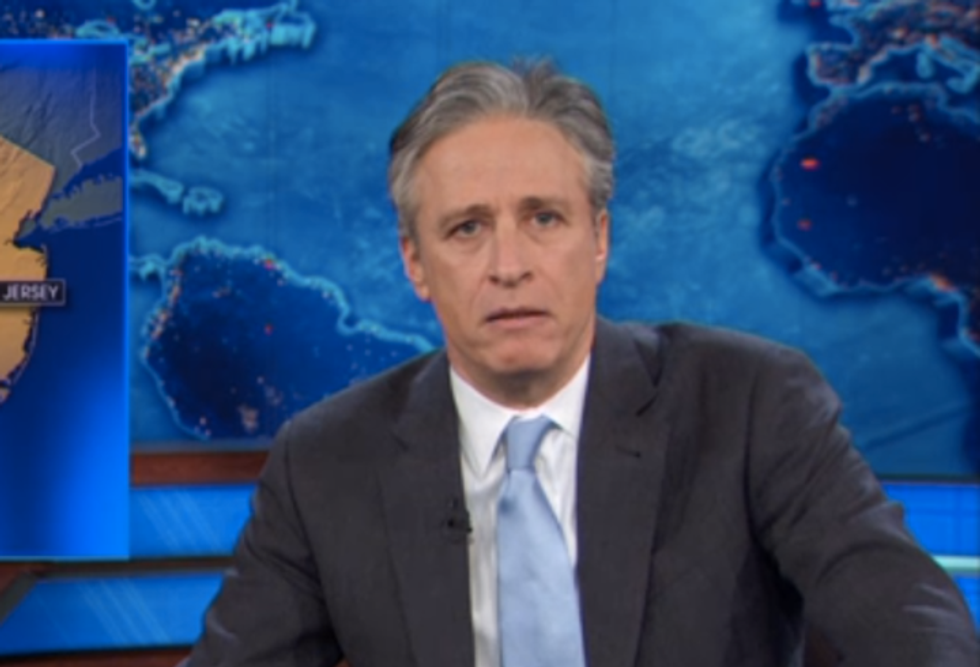 On Monday night's edition of "The Daily Show," host Jon Stewart waded into the #CancelColbert controversy by starting his own #CancelStewart hash tag.

Stewart began by discussing the so-called "Bridgegate" scandal surrounding New Jersey Gov. Chris Christie (R). A report commissioned by Christie and carried out by a team of attorneys who are friendly to the administration absolved Christie of any wrongdoing and concluded that the Bridgegate flap is all a tempest in a teapot.

The report prepared by Christie's hand-picked team of investigators blamed two people for the traffic closures on the George Washington Bridge on two former aides to Christie, Bridget Anne Kelly and David Wildstein.

Kelly, said the report -- whose authors did not interview Kelly directly -- "seemed emotional." She was "habitually concerned about how she was perceived by the governor" and at the time of the bridge closures, she had been dumped by her boyfriend.

She was portrayed as "duplicitous, weeping frequently and dependent on men for approval and stability."

At which point, the screen flashed "#CancelStewart."

"Wait a minute!" he said. "How did that get on there? Damn you, Internet!"