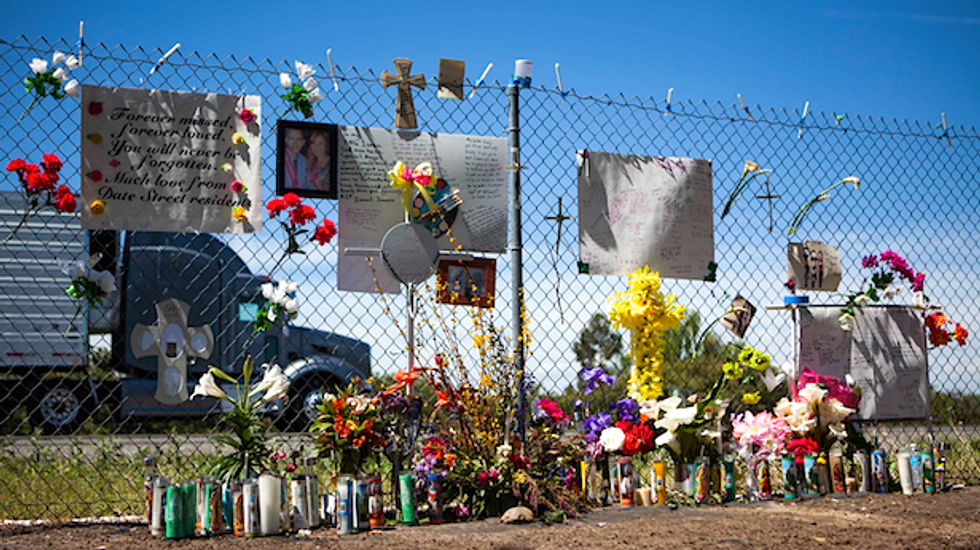 The mother of a 17-year-old student who was among 10 people killed in a highway crash in northern California earlier this month has sued FedEx Corp for negligence, California-based City News Service reported.

More than 30 others were injured when a FedEx tractor-trailer crossed a highway median and slammed into a bus on Interstate 5 about 90 miles north of Sacramento. The students were from the Los Angeles area.

Reuters could not independently confirm the lawsuit. FedEx and the family's attorney did not immediately respond to requests for comment.

"We remain focused on providing support to those affected and cooperating with the authorities as they conduct their investigation," FedEx said in a statement, according to CNS. "This is not the time for us to discuss potential litigation."

The suit, filed on Tuesday in Los Angeles Superior Court, accuses the driver of negligence and FedEx of a history of vehicle fires, saying the truck was already on fire when it struck the bus, wire service CNS reported.

Details from an early crash investigation found "no evidence" of a pre-collision fire, contrary to a witness report, authorities have said.

The suit also names as defendants the FedEx driver, who died in the crash, and the company that owned the bus, and it seeks unspecified compensatory and punitive damages, CNS said.