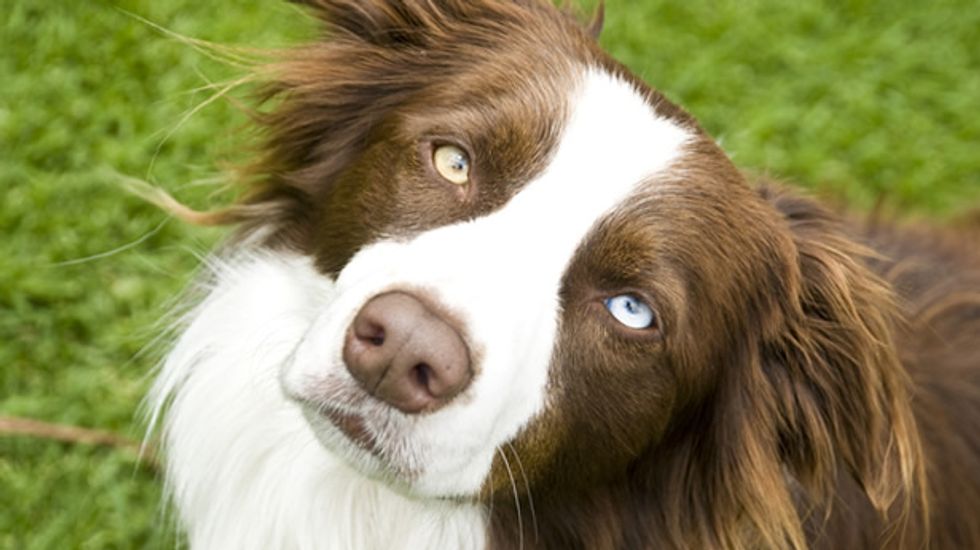 A disabled Minneapolis man accompanied by a red-vested service border collie was twice refused service by a local McDonald's, a new lawsuit alleges.

According to the lawsuit, Robert Mingo -- a wheelchair-bound victim of muscular dystrophy -- was told by a manager that he could not eat his food on the premises with his service dog. When Mingo informed the manager that the Americans With Disabilities Act allowed him to bring his legally registered service dog on to the premises, the manager allegedly told Mingo, "I am the law."

Mingo's troubles with the franchise began in August of 2012, when a cashier refused to serve him because of the presence of his service dog, Max. Mingo then attempted to drive his wheelchair through the drive-through, but was told by an employee that they only served cars via the drive-through window.

Eventually, the employees relented and served him food, but the manager informed him that he was now banned from the establishment.

In May of 2013, Mingo returned to the establishment and his order was taken "without any issue." However, the manager confronted him and ordered him to leave. When Mingo said he had already paid for his food, the manager demanded documentation that Max was, in fact, a service dog.

Mingo pointed to his wheelchair and said that that was the only proof the law required. Under the Americans With Disabilities Act, inquiries about service dogs are only allowed when it is unclear as to what service the dog provides. Asking a disabled person to provide documentation is strictly forbidden.

"Fine, get your food and get out of here,” the manager allegedly said. “You can’t go in the dining area with the dog."

"The law says I can," Mingo responded.

Mingo is suing the owner of the McDonald's franchise, as well as the corporation itself, in federal court for both unspecified damages and a promise that company employees will, in the future, be educated about the Americans With Disabilities Act.