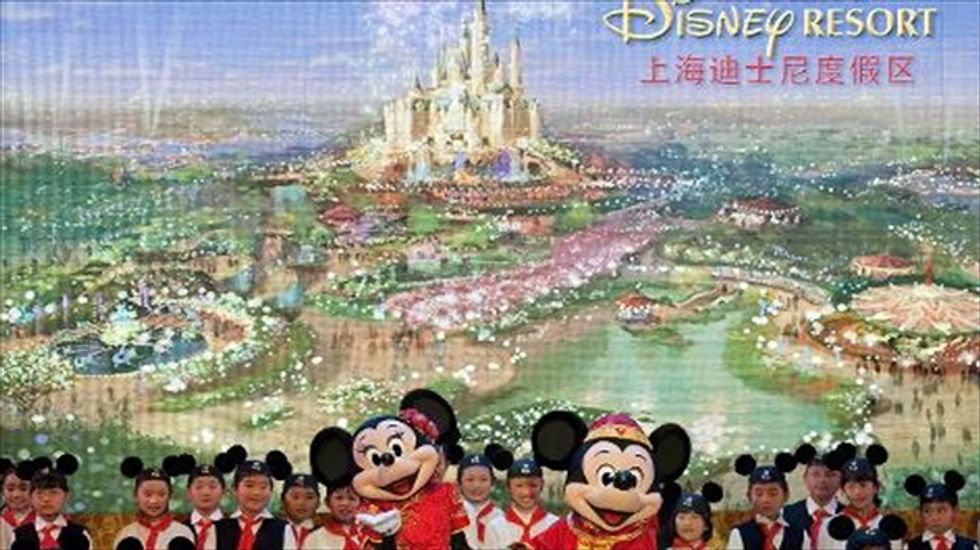 Performers dressed as Disney characters dance on stage during a groundbreaking ceremony of the world's sixth Disney amusement park in Shanghai on April 8, 2011 [AFP]

American entertainment giant Disney is set to pour an additional $800 million into its Disney Shanghai, its first theme park on the Chinese mainland, officials said.

CEO Bob Iger said the deal, with Shanghai Shendi Group, will total an investment of $5.5 billion, and the additional funds will be to boost the park's capacity and attractions.

“Since we first broke ground in Shanghai we’ve been very impressed with the growth of China’s economy, especially the rapid expansion of the middle class and the significant increase in travel and tourism,” Iger said in a statement.

“Our accelerated expansion, including additional attractions and entertainment, will allow us to welcome more guests for a spectacular Disney experience on opening day.”

Disney says it is decidedly upbeat about 330 million people being within a three-hour range of the park in Shanghai, the economic capital of the world's second largest economy.

Under terms of their deal, Shanghai Shendi Group will continue to hold a 57-percent stake and Disney the other 43.

Started in 2011, Disneyland Shanghai will be the company's fourth theme park outside the United States after Paris, Tokyo and Hong Kong.