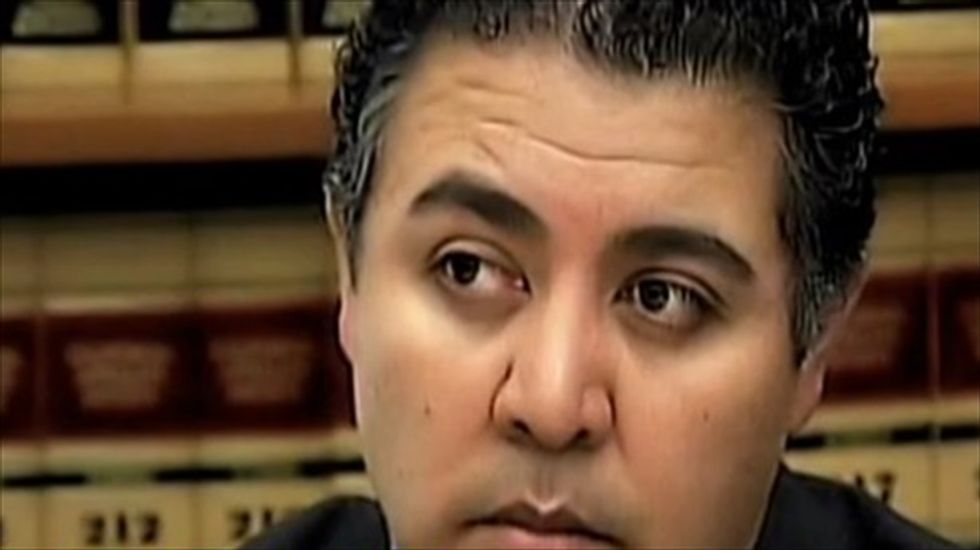 Records suggest officials with the San Diego Police Department moved to cover up a former officer's sexual misconduct out of fear of negative press coverage, KGTV-TV reported on Friday.

According to a court transcript, former Police Chief William Lansdowne told Executive Assistant Chief David Ramirez in a confidential meeting, "When the reporters ... get it in the news, we have a problem" regarding reports that in 1997, then-Officer Anthony Arevalos had forced a mentally unstable woman to perform "sex acts" on herself with his baton, as Arevalos took pictures.

In 2011, Arevalos was convicted on charges of sexual battery against the victim, identified in court records as "Jane Doe," and 12 other women he detained during his career. Records state that Arevalos' behavior was never reported to the department's internal affairs bureau, even though his partner at the time, Officer Francisco Torres, alerted supervisors Danny Hollister and Rudy Tai.

"I want to do one thing and one thing only -- find that documentation," Ramirez reportedly replied. The transcript, which is sourced from a still-sealed deposition, was released as part of a federal civil lawsuit filed in 2012 by Arevalos' 13th victim.

"This all could have been stopped years ago," Torres, now retired, said during a July 2012 deposition. "He has his Polaroid out and when I got there the female was in the backseat again naked, with her handcuffs in front of her and she had the baton."

The transcripts come on the heels of a Voice of San Diego report that police officials balked for a month at requests by the local District Attorney's office to execute a search warrant against Arevalos. Prosecutors later worried that, by the time police did search his residence, they had lost their opportunity to gather more evidence.

Lansdowne retired from his position in February, shortly after another former officer, Christopher Hays, was charged with multiple counts of sexual misconduct.

A federal judge ruled on April 1 that the victim's civil suit may continue to trial.

Watch KGTV's report on the possible cover-up, as aired on Friday, below.