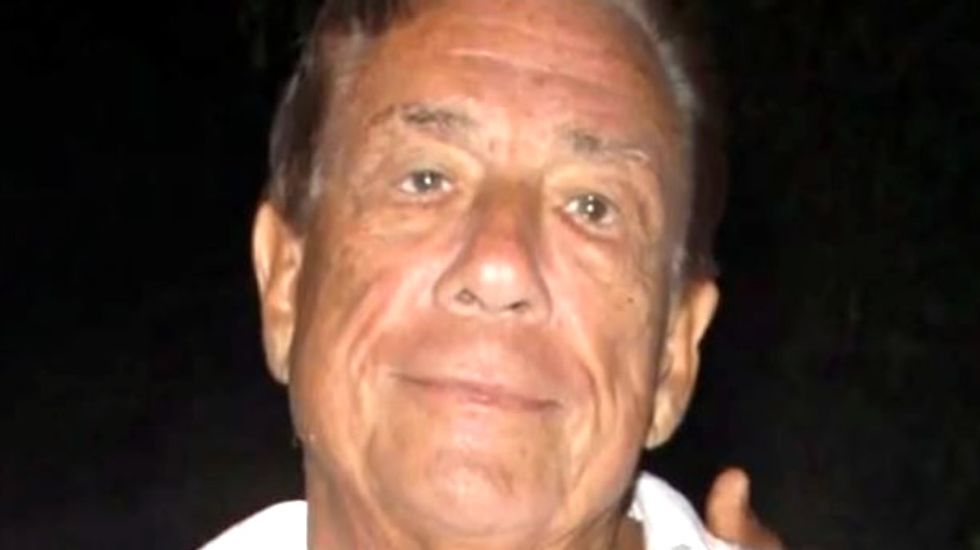 Embattled Clippers owner Donald Sterling was slated to receive a second Lifetime Achievement Award from the Los Angeles chapter of the National Association for the Advancement of Colored People before the controversy over statements he allegedly made to his girlfriend erupted.

“Why are you taking pictures with minorities?” the man who is allegedly Donald Sterling demanded in the recorded conversation. “It bothers me a lot that you want to broadcast that you’re associating with black people. Do you have to?”

“You can sleep with [black people],” he allegedly said. “You can bring them in, you can do whatever you want. The little I ask you is not to promote it [online] and not to bring them to my games.”

In a statement, Alice Huffman, the President of the NAACP California State Conference, said that "[i]f these allegations are proven true, we are extremely disappointed in Mr. Sterling. Recent remarks like these, and those of Cliven Bundy, remind us that racism is not a footnote of our past, but a reality of our present that we must confront head on."

"As the investigation is in progress," she added, "we urge the LA Branch of the NAACP to withdraw Donald Sterling from the honoree list at its upcoming Gala. We also suggest that African Americans and Latinos should honor his request and not attend the games."

The May 15, 2014 event will also celebrate the contributions of the Reverend Al Sharpton and Los Angeles Mayor Eric Garcetti, both of whom publically condemned Sterling for his comments on Saturday.

Sterling was also honored by the NAACP with a Lifetime Achievement Award in 2009, and a NAACP President's Award in 2008, despite the fact that at the time, he was embroiled in a lawsuit with former general manager Elgin Baylor, who accused him of embracing "a vision of a Southern plantation-type structure."

The NAACP has tweeted that Donald Sterling will not be receiving a lifetime achievement award from its Los Angeles chapter:

#DonaldSterling will not be receiving a lifetime achievement award from the LA Branch of the NAACP. #MTP