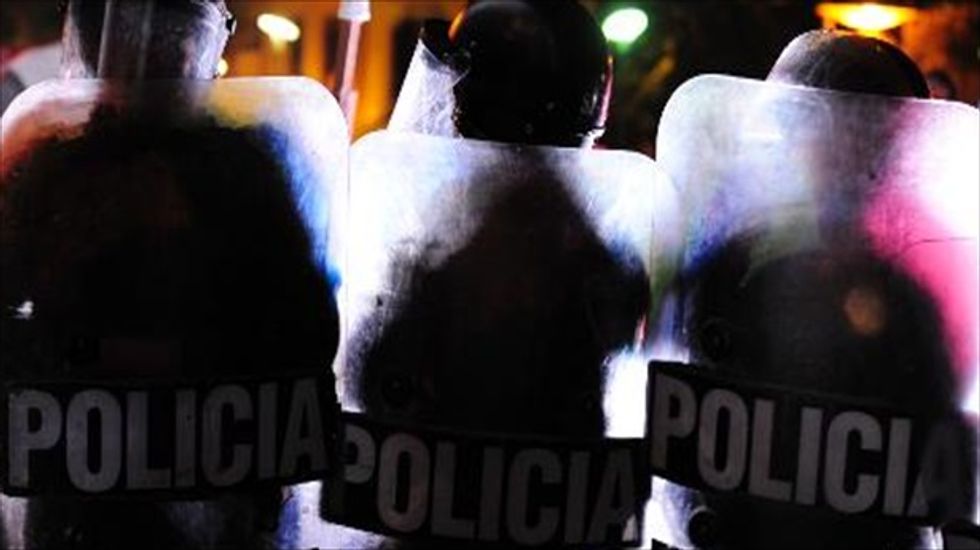 Police have arrested the deputy leader of the Beltran Leyva drug cartel in Mexico City as he visited the capital, authorities said Wednesday.

At a news conference, Rubido described Villa, 40, as the second highest member of the criminal group headed by Hector Beltran Leyva.

He was arrested along with a bodyguard as they moved in a car and "both tried to resist but were they were detained without a shot being fired," Rubido said.

Villa was placed on a U.S. Treasury Department financial blacklist last year, accusing him of committing "numerous acts of violence on behalf of his cartel bosses."

The Beltran Leyva crime family used to be one of Mexico's biggest cartels.

But it was weakened following the capture of its leader Alfredo Beltran Leyva in 2008 and his brother Arturo's killing by soldiers in 2009. They were also at war with the powerful Sinaloa cartel.

The U.S. Treasury Department warned in November that the Beltran Leyva cartel "has re-established itself and begun to expand its influence in parts of Sinaloa" state in the last two years.