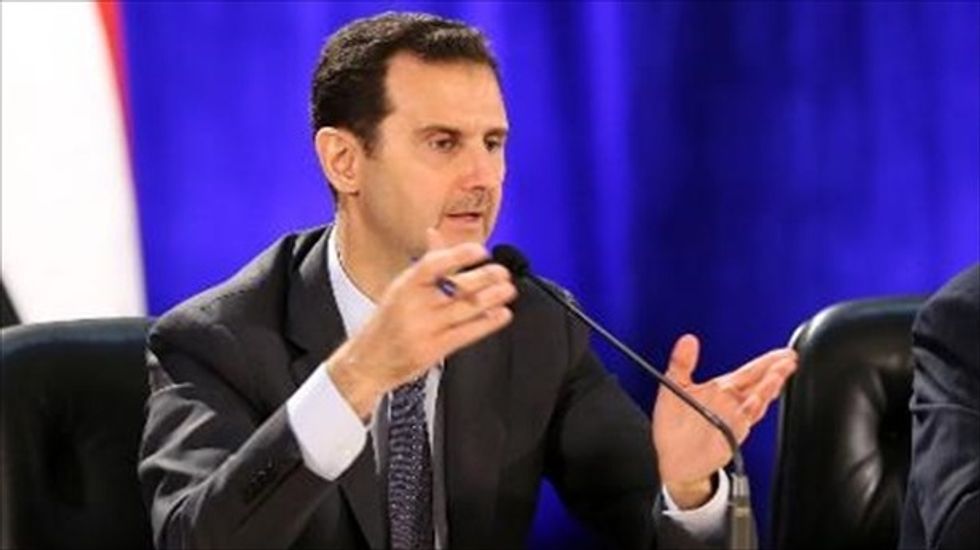 The European Union joined international condemnation of Syria's plan to hold a presidential election on June 3, saying Tuesday the vote would lack credibility while the country remains at war.

EU diplomatic chief Catherine Ashton "deeply regrets the official declaration by the Syrian authorities that presidential elections will be held in Syria on June 3", her spokesman said in a statement.

Ashton reiterated the EU's stance that "any elections in Syria should only take place within the framework of the Geneva communique of 2012", a so-far-fruitless agreement on a transition to democracy as the basis for negotiations between the Syrian regime and the opposition fighting to overthrow it.

"Elections organised by the regime outside this framework, conducted in the midst of conflict, only in regime-controlled areas and with millions of Syrians displaced from their homes, would ignore the basic principles of democracy, be devoid of credibility, and undermine all efforts to reach a political solution," the statement said.

The United Nations, United States and Britain have all condemned the planned elections.

Ashton also called on the warring sides "to stop all violence and human rights abuses" and return to peace talks in Geneva, which broke off on February 15 with no concrete progress toward ending the devastating three-year conflict.