Ex-baseball pro Doug Glanville: Police racially profiled me outside my own home 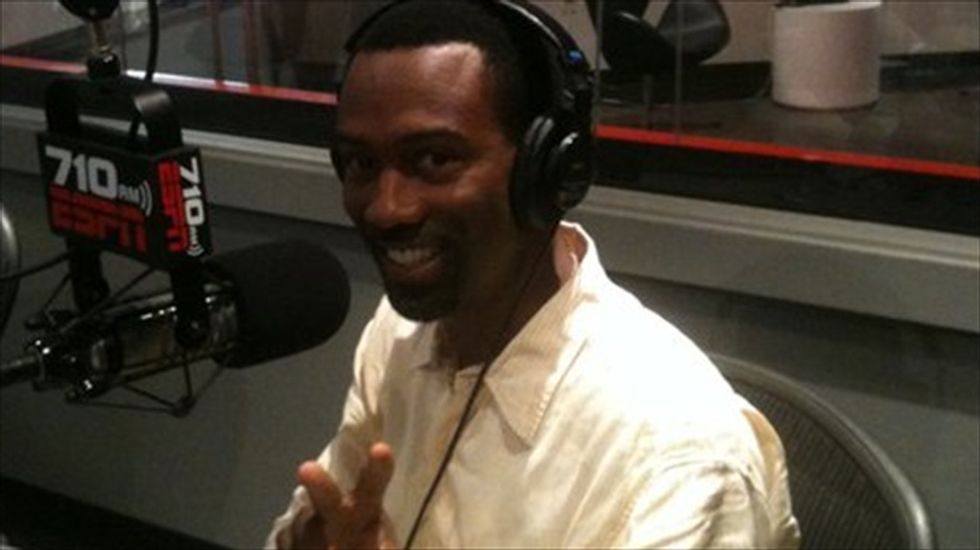 Former professional baseball player and New York Times columnist Doug Glanville gave his account of being racially profiled outside his Connecticut home by an officer in a column for The Atlantic on Monday, saying the officer was working outside of his jurisdiction when he suggested Glanville was shovelling his driveway illegally.

"In one moment, I went from being an ordinary father and husband, carrying out a simple household chore, to a suspect offering a defense," Glanville wrote. "The inquiry had forced me to check my tone, to avoid sounding smug even when I was stating the obvious: that I was shoveling the driveway because the house belonged to me."

Glanville, who also works as a baseball analyst for ESPN, wrote that he was shovelling outside his home in Hartford when he was approached by a member of the West Hartford Police Department, which has no jurisdiction in his community.

"I noted the strangeness of his being in Hartford—an entirely separate town with its own police force -- so I thought he needed help," Glanville wrote. "He approached me with purpose, and then, without any introduction or explanation he asked, 'So, you trying to make a few extra bucks, shoveling people's driveways around here?'"

When Glanville identified the home as his own, he wrote, the officer left the scene without apologizing, instead offering an "empty encouragement" to enjoy his shoveling.

The West Hartford News reported on Tuesday that police in West Hartford released a statement saying the officer was responding to a report stemming from a February complaint identifying a "Black male, in his 40's, wearing a brown jacket and carrying a snow shovel" in West Hartford who asked a homeowner if they wanted their driveway shovelled.

That individual was allegedly seen going into Hartford shortly before the officer's encounter with Glanville, and was later given a verbal warning for breaking West Hartford's ordinance against door-to-door soliciting.

"While the officer's actions in searching for the suspicious party were completely appropriate, we wish he had taken the extra time to introduce himself to Mr. Glanville and to explain the purpose of the question," the police's statement read. "We have discussed this with the officer and will work to remind all of our officers of the importance of good interpersonal skills and taking time, when practical, to explain their actions."