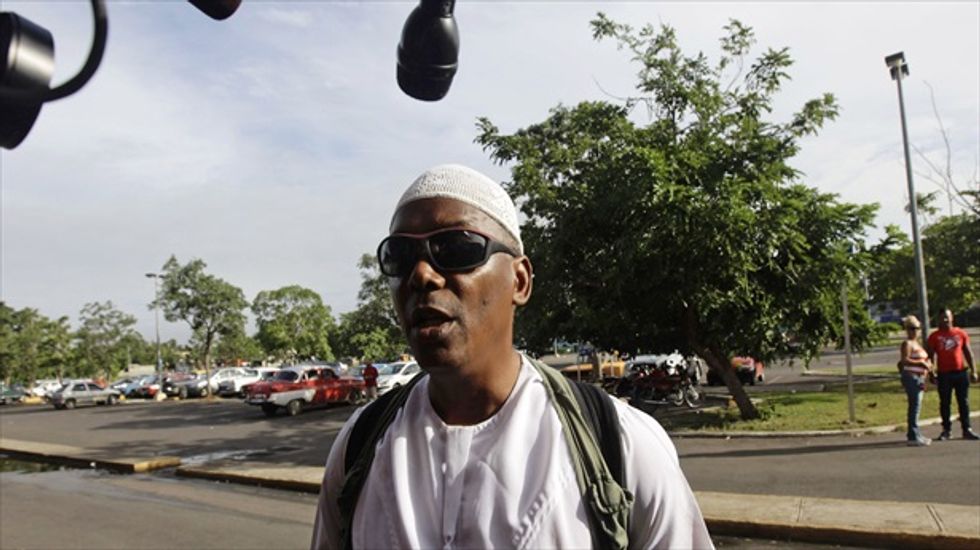 FORT LAUDERDALE, Florida (Reuters) - A former Black Panther who returned to the United States nearly 30 years after he hijacked a plane to Cuba is offering to plead guilty to kidnapping, to avoid a more serious charge of air piracy, his lawyer said on Tuesday.

William Potts, 57, initially pleaded not guilty to charges of air piracy and kidnapping. He arrived in the United States in November to face justice after serving 13 years in a Cuban prison. He is seeking credit for the time served.

Federal prosecutors on Tuesday heard details of the offer during a hearing in a federal court in Fort Lauderdale, Florida. Attorneys from both sides will discuss the potential agreement during a hearing on Thursday.

His lawyer, Robert Berube, said in an interview the air piracy charge carried a mandatory 20-year minimum sentence. "Kidnapping is punishable by zero to life, so the judge will have full discretion," said Berube.

Potts hijacked a Piedmont Airlines flight in 1984 and demanded it be flown from Florida to Havana. He was arrested when the plane arrived in the Cuban capital and charged with air piracy.

Potts, also known by the aliases William Freeman and Lieutenant Spartacus, said he thought he would be welcomed in Cuba but was instead put on trial and convicted.

After his release Potts received residency in Cuba, got married and fathered two daughters, who have lived in the United States since 2012.

He is thought to be one of the last of more than a dozen members of the Black Panthers, a black nationalist group, living in Cuba. Others have returned home to face long prison terms or died.

Cuba has regularly returned U.S. fugitives since 2006, but the U.S. government says dozens remain in the Caribbean country.

[Image: William Potts speaks to reporters outside Havana's Jose Marti International Airport, before boarding a plane to the U.S. on Nov. 6, 2013. By Desmond Boylan for Reuters.]