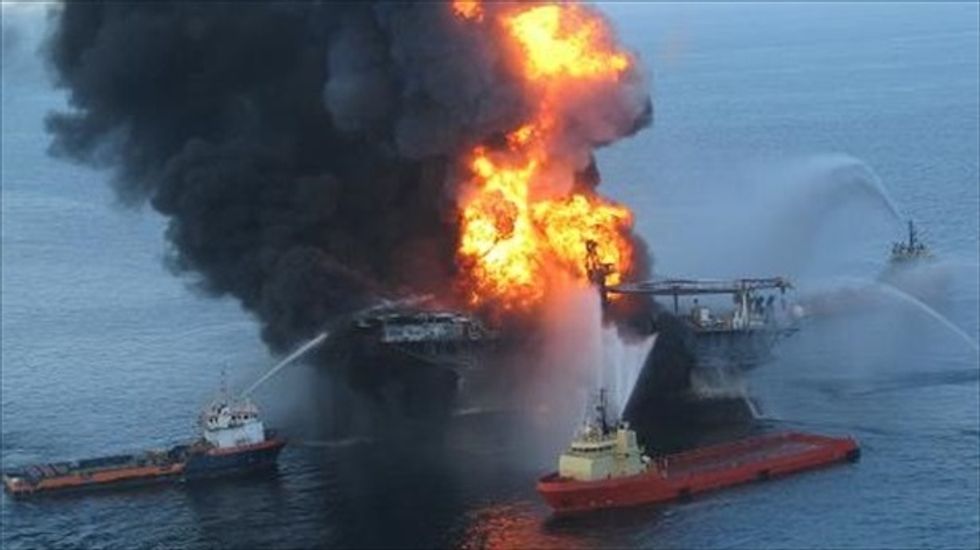 Regulators Thursday charged a former BP employee who worked on the Deepwater Horizon oil spill with insider trading after he sold $1 million worth of BP stock days after the disaster.

Keith Seilhan, who coordinated BP's cleanup of the giant oil spill, sold his family's entire portfolio of BP stock over two days in late April 2010 after he learned the spill was far bigger than BP was saying publicly, according to the US Securities and Exchange Commission.

"Seilhan sold his family's BP securities after he received confidential information about the severity of the spill that the public didn't know," said Daniel Hawke, head of the SEC enforcement division's market abuse unit.

"Corporate insiders must not misuse the material nonpublic information they receive while responding to unique or disastrous corporate events, even where they stand to suffer losses as a consequence of those events."

BP shares sank 48 percent in the ensuing two months after Selihan divested as the magnitude of the disaster became obvious. Seilhan avoided these losses.

Seilhan's attorney Mary McNamara said her client was pleased to close the book on the SEC case.

The case comes as the Gulf Coast approaches the four-year anniversary of the disaster.

BP caused a stir this week when it announced that "active cleanup" of the affected areas had ended, marking a "major step towards honoring BP's commitment to the Gulf."

The Coast Guard rebutted the BP statements, saying that while cleanup had moved into a "middle response," the job was not done and more staff could be mobilized as needed.

"Let me be absolutely clear," said Coast Guard Captain Thomas Sparks. "This response is not over--- not by a long shot."