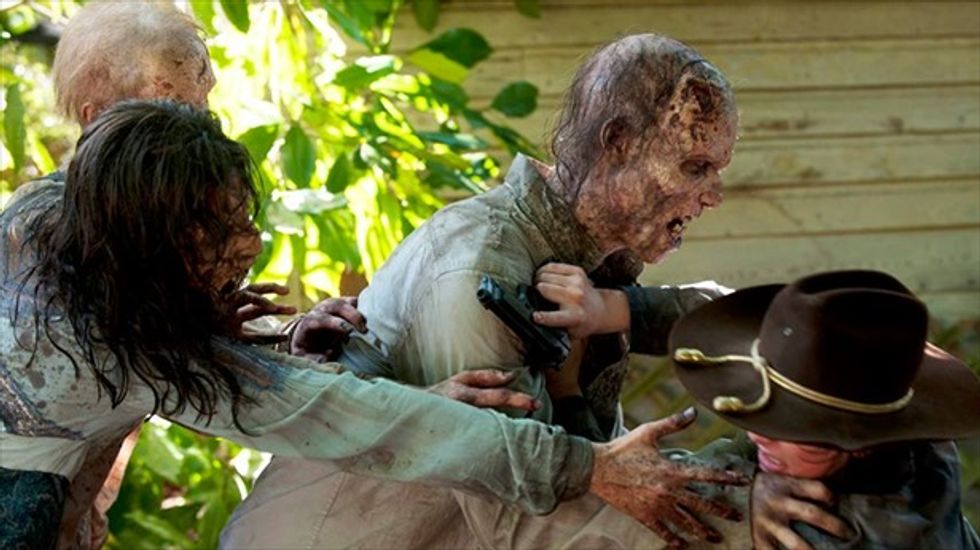 A Florida lawmaker shot back at a bill allowing non-registered gun owners during a disaster by attempting to place it closer to something out of the TV show The Walking Dead.

The Los Angeles Times reported that state Sen. Dwight Bullard's (D) amendment, filed on Tuesday, would change Senate Bill 296 to apply during "an act relating to the zombie apocalypse."

A companion bill, approved by the state House earlier this month, allowing for gun use without a permit for residents without a criminal record during natural disasters.

Normally, the state requires a background check and training for residents seeking to "provide proof of proficiency with a firearm" before receiving their license.

Bullard told the Huffington Post the amendment was his way of highlighting his opposition to what he described as a "laughable" piece of legislation.

"People who haven't gone through the proper training, the background check, the license to carry -- we're saying because of a hurricane or flooding or sinkhole, these individuals have gone from gun owners to concealed carry permit holders," Bullard was quoted as saying. "I'd argue a crisis is probably the last instance in which you want someone who is not a concealed permit holder to carry a weapon."