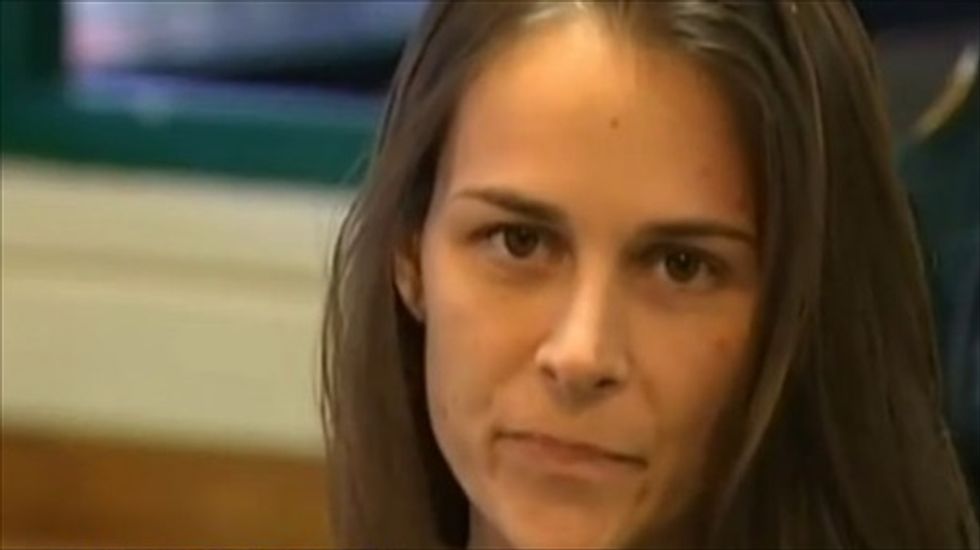 A 29-year-old Florida teacher is currently accused of having a sexual relationship with a 17-year-old student. But state officials said they were not made aware of a separate investigation against her at a previous job for sending sexually-suggestive text messages to an eighth-grader six years ago.

WKMG-TV reported on Friday that the Florida Department of Education was not made aware of allegations that Jennifer Fichter had been texting the eighth-grader while working at Robinswood Middle School in Orlando between August 2007 and December 2008.

Fichter resigned her position at Robinswood in 2008 while still under investigation there. But officials with Orange County Public Schools allegedly informed the local sheriffs office and the state Department of Children and Families, instead. She was arrested on Tuesday and charged with unlawful sexual activity with a minor for allegedly having sex with one of her students at another school, Central Florida Aerospace Academy in Polk County, just over 70 miles away.

The Orlando Sentinel reported that police recorded a phone call during which Fichter allegedly told the 17-year-old boy's mother that she had had sex with her son between 20 and 30 times, and also had an abortion after getting pregnant, but that she still wanted to have a relationship with him.

According to WKMG, the investigation into Fichter's alleged activities at Robinswood focused on her telling a colleague she had "inappropriate dreams" regarding the eighth-grade student and that she made him "melt." Records also showed her sending the boy a text message saying she wanted to "smash" him, using a slang term for sex.

Watch WKMG's report, as aired on Friday, below.