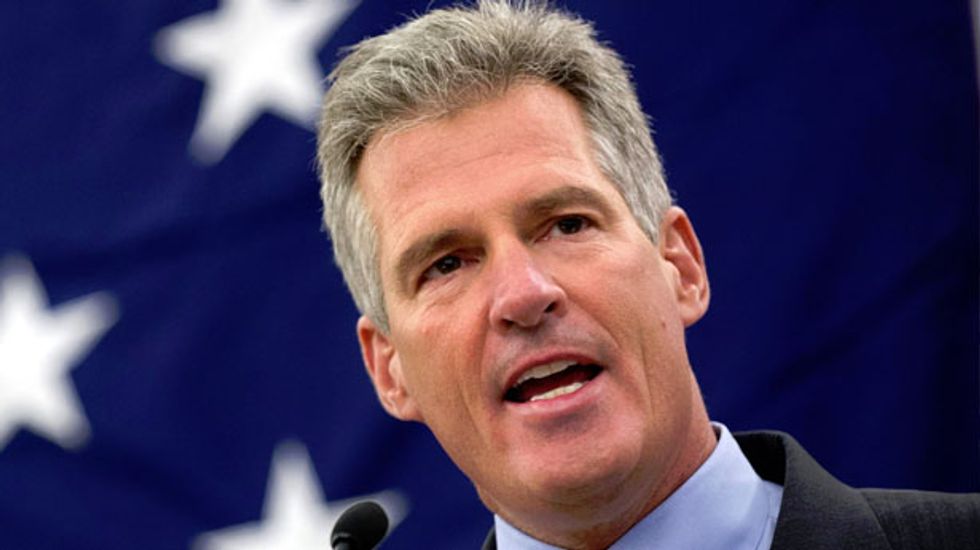 BOSTON (Reuters) - Former Massachusetts Senator Scott Brown, who has been mulling a Senate run in New Hampshire for the past few months, plans formally to announce his campaign on Thursday, the Republican said in a letter to supporters on Monday.

Brown, who has focused much of his recent public statements on his opposition to President Barack Obama's healthcare reform law, said in an e-mail to supporters that his weeks of canvassing the state convinced him that "you want a health care system that works for New Hampshire."

"Together, we can do all this, but it starts by changing leadership in Washington," said Brown, who was a little-known Massachusetts state senator before he stunned the state's Democratic party to win the U.S. Senate seat previously held by Edward M. Kennedy in 2010.

Polls show Shaheen with a lead in the race, though her campaign was quick to jump on Brown as a possible threat and has been citing him in fundraising solicitations since before Brown last month confirmed he had formed a committee to explore a run.

Brown's tenure in the Senate was short-lived, as Democrat Elizabeth Warren defeated him in 2012 in his first re-election campaign.

Brown, who was born in New Hampshire and moved his residence there late last year, said he would kick off his campaign in the coastal city of Portsmouth, in the state's south.