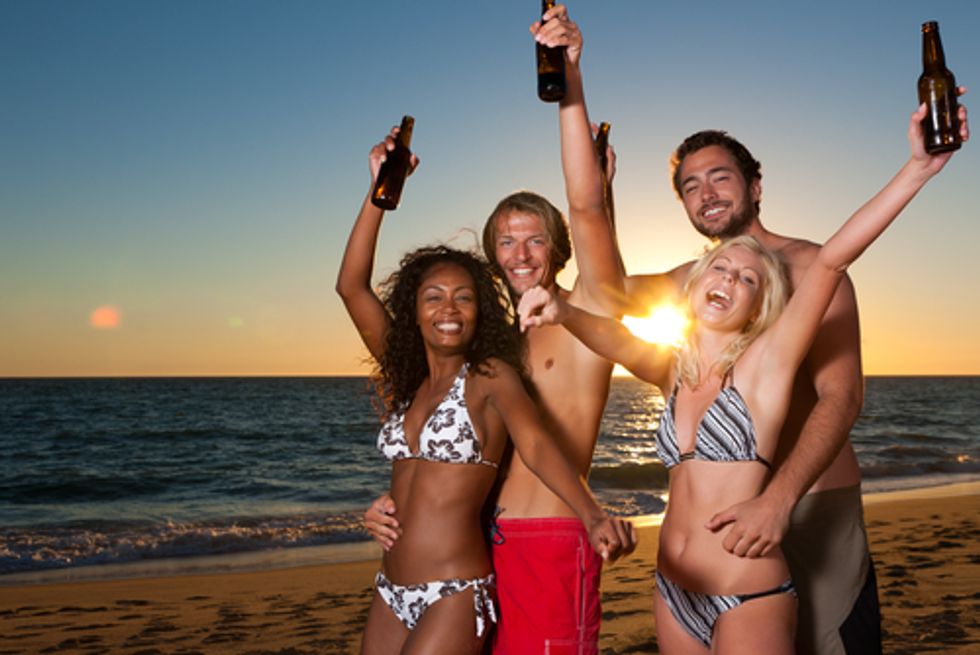 So Fox News has fully embraced its status as a channel devoted to titillating and outraging its audience with the "news" that young people are young. Erin Gloria Ryan at Jezebel mocks the channel for devoting a huge chunk of airtime to anchors pretending that they've never heard of this "Spring Break" and are appalled, just appalled to discover that young people enjoy partying, dancing, and, you guys, having sex. Will wonders never cease?!

The cynicism of this entire attempt to get the Fox News viewers up in arms over the existence of spring break is breathtaking. Ryan quotes the anchor Ainsley Earhardt saying, "One time I went to Cancun in college, and I was appalled at what I saw. This is now here in AMERICA. Kids are doing this down in Florida!" As Ryan points out, however, Earhardt is 37 years old, which means she was 10 years old when MTV started broadcasting the debauchery of spring break out of Daytona, Florida in 1986. As with all the Fox News handwringing about hip-hop, it's nakedly opportunistic: A bunch of people who actually grew up with this stuff pretending it's brand-new to cater to an audience of prudish hypocrites who are pretending they were never young so they can punish those who are currently young and, of course, viewers who really are so old that this stuff might actually seem pretty new to them. Especially if they are the sort of people who started disengaging with the culture when they were young themselves.

I mean, there's no way to get around this: This is straight-up pandering to people who aren't young and vibrant anymore and want to stick it to those who still are.

This all goes a long way to explaining why the right thinks the time for striking out against contraception is now. And, for that matter, the attacks on health care reform just as we're seeing one of the biggest generations in history cross the finish line that is Medicare. The last of the baby boomers have crossed over into the post-menopausal era of their lives. While any generation is diverse and plenty of boomers are happy to let the young be young, another huge chunk of this demographic is ready and willing to hear about how kids these days are so terrible. And you know, they need to have their pills taken away to show them how to clean up and act right and stop fucking each other like your average Fox viewer is willing to pretend he didn't do when he was that age.

The saddest part of it is the people that Fox News is encouraging its viewers to hate and fear and punish are their own kids. (Which is why I roll my eyes so hard at conservatives who pretend they love children. They only love them when they are fetuses that can be used to derail someone else's youth, but not nearly enough to do things like secure health care and a clean environment for them.) I get that it's frightening to see this younger generation rise up and become adults and start redefining the world for themselves while you just keep getting older, Fox viewers. But that is the way of the world. Viciously lashing out and worse, trying to deprive people of health care? Not cool, assholes. Not cool.