Funny or Die's 'Creationist Cosmos': God created everything -- except for gay people 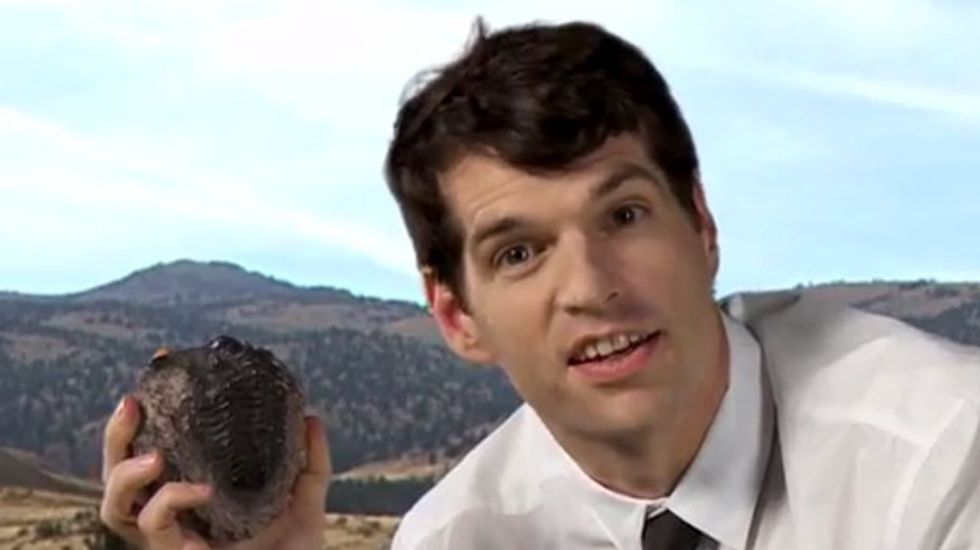 Creationists who believe God created the entire universe in six days about 6,000 years ago have been aghast at the reboot of Carl Sagan's legendary "Cosmos" series.

Some creationists have demanded their views receive equal airtime on the show to provide balance. Others have complained that astrophysicist and host Neil deGrasse Tyson was promoting "blind faith" in science. Evangelist Ray Comfort was particularly upset that Tyson believed the theory of evolution was scientific, but the Bible was not.

"[The Bible] gives us the basis for all creation, and it passes the scientific method," Comfort explained. "It’s observable – Genesis – and testable. Evolution is not. You can’t observe something 60 million years old, but you can observe what Genesis says."

The comedy website Funny Or Die on Monday delivered what creationists have been asking for, a Bible-based alternative to "Cosmos."

In "Creationist Cosmos," Jared from the Baptist Church of Alabama explains to viewers that God created the stars, the moon, ants, dogs, trees, cars, sandwiches -- in short, everything -- except for gay people, "they chose that for themselves."

Creationist Cosmos also addresses the fossil record, explaining that the fossilized remains of ancient creatures were actually buried in the ground by Satan to trick foolish humans into doubting God's word.

"Did he get ya? Don't worry about it, it is never to late to come back into the fold," Jared remarks. "Satan, you old jokester."