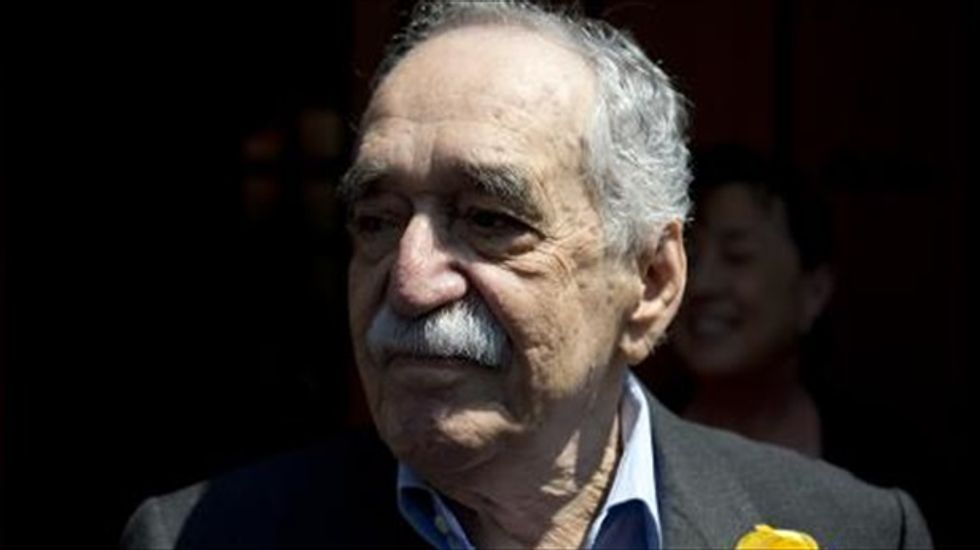 Colombia's Nobel-winning novelist Gabriel Garcia Marquez is in a "good mood" as he recovers from a lung infection in a Mexico City hospital, sources close to the 87-year-old writer said Friday.

Garcia Marquez's son said his family decided to take him to the hospital as a precaution on Monday and health officials said he was taking antibiotics for lung and urinary tract infections.

His son, Gonzalo Garcia Barcha, said the author of One Hundred Years of Solitude could be discharged on Tuesday.

"He is well taken care of and everything is evolving very well," his son, Garcia Barcha, told reporters outside the National Medical Sciences and Nutrition Institute.

A woman who works for Garcia Marquez said she had spent the evening by his side and that the 1982 Nobel literature prize laureate was upbeat.

"He is in a good mood, very happy. He eats very well and knows everybody," she told AFP on condition of anonymity.

A health ministry spokesman said there was no new information regarding his condition.

The ministry said Thursday that Garcia Marquez "has responded to treatment and once he finishes taking antibiotics, his discharge will be examined."