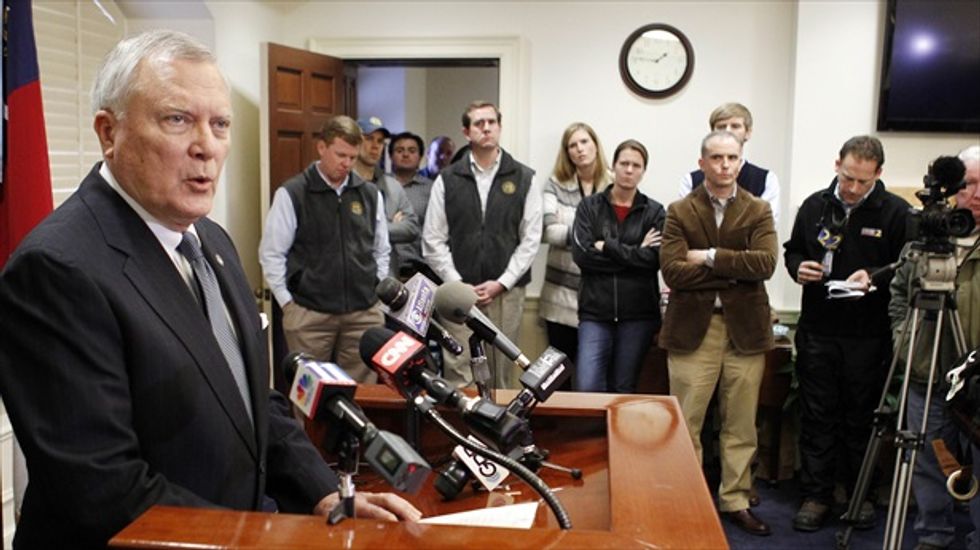 Under the bill, testing could be required if authorities have a "reasonable suspicion" of drug use. A person failing the test would temporarily lose benefits, although their children could receive assistance through another adult.

Drug use is a barrier to finding and keeping a job, Deal spokesman Brian Robinson said.

"If some, however, reject treatment and instead choose a lifestyle that renders them unemployable, taxpayers shouldn't have to subsidize that," Robinson said.

Debbie Seagraves, executive director of the American Civil Liberties Union of Georgia, called the legislation "shameful" and said it violated the constitutional protection against unreasonable searches.

She also argued that state employees are not adequately trained to detect signs of possible drug use.

"It's a badly flawed bill," she said. "It will be challenged."

Deal, a Republican, is up for re-election this year and will likely face State Senator Jason Carter, a Democrat and the grandson of former President Jimmy Carter, in the November general election.

Jason Carter, who voted against the bill, declined through a spokesman to comment.

Last summer, North Carolina Republican Governor Pat McCrory vetoed legislation that would have required some recipients of cash welfare benefits to undergo drug screenings, saying it had proven ineffective in other states.

[Image: Georgia Gov. Nathan Deal (R) speaks to the media at the State Capitol in Atlanta, Georgia, January 30, 2014. By Tami Chappell for Reuters.]