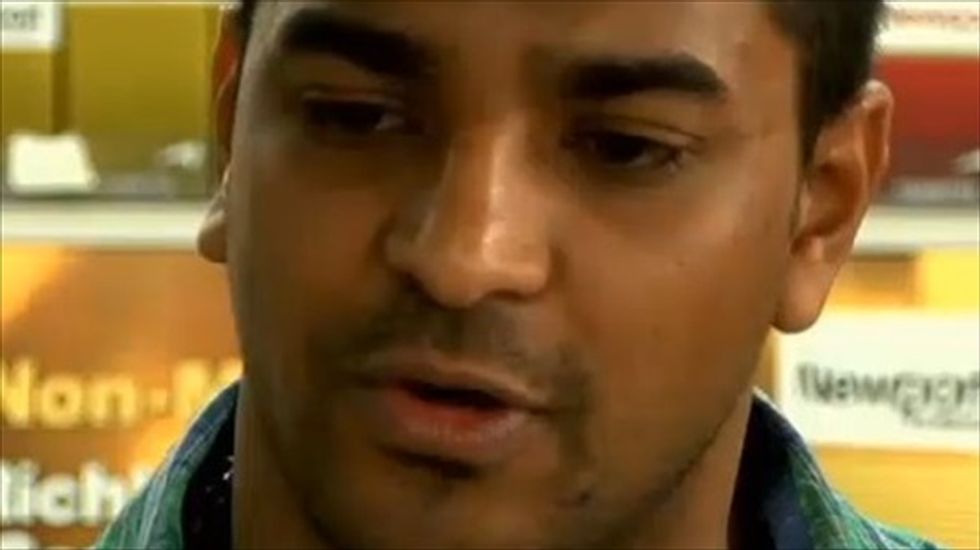 A convenience store manager in LaGrange, Georgia is standing by his use of a homophobic slur to prompt customers to pull their pants up, despite customer disapproval.

"I'm not there to f*ck them, I'm there to serve them," Anil Patel told WSB-TV by phone on Thursday. "If they want to come into my business, they'd better have their pants up."

The sign, which Patel put on the front door earlier this month, reads, "Only f*gs like to keep their pants down!!!! Pull your pants up or be proud to be f*g!!!!" Patel's father, who owns the store, took the sign down in response to the criticism, but Patel told WSB he planned to put it back up on Friday.

Patel denied any homophobic intent in a separate interview with WTVM-TV, saying it was a response to customers ignoring another sign saying in part, "Pants up," and threatening not to serve any customers who let their pants "sag."

"One guy came into my store, and his pants were so low, his private part was hanging out," Patel was quoted as saying.

One customer, Amy Simpson, told the LaGrange News that she confronted Patel over the sign after being told about it by her girlfriend.

"I said, 'Why do you have this in your store? Do you not realize it's a homosexual slur?'" Simpson was quoted as saying. "I've never encountered anything like that."

The use of sagging pants, frequently attributed to young African-Americans, resurfaced in the national spotlight last year after CNN anchor Don Lemon chided young Black men for it, saying that it was adapted from male prisoner code indicating sexual availability.

However, that argument has also come into question, with the urban legend-busting site Snopes and others saying that the loose-fitting clothing was actually a response to a lack of prison uniforms with a proper fit and a ban on wearing belts.