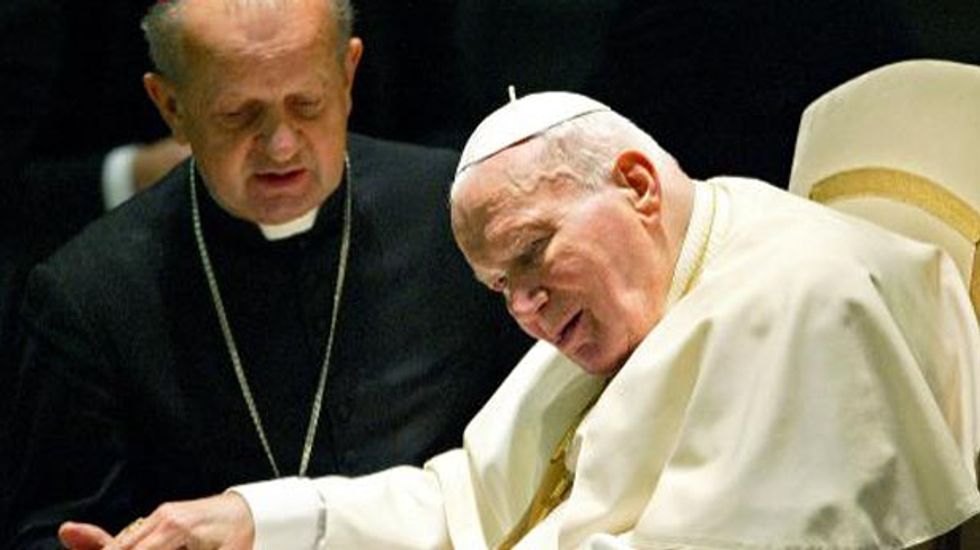 An Italian man was crushed to death on Wednesday by a giant crucifix honouring John Paul II that collapsed during a ceremony ahead of the late pope's canonisation.

A piece of the 30-metre (98-foot) high wooden cross fell during the event near an Alpine village, killing the young man on the spot, Italian media reported.

The Jesus Christ statue on the cross is six metres high and weighs 600 kilogrammes and the crucifix was curved and fixed to the ground with cables, the reports said.

The cross was designed by sculptor Enrico Job and was created for John Paul II's visit to Brescia in the Lombardy region in northern Italy in 1998.

It was taken down, held in storage and then installed in a picturesque spot near the village of Cevo in 2005.

The unusual shape of the crucifix was intended to represent the scars of World War II.

John Paul II is to be declared a saint in the Vatican on Sunday, along with Italian pope John XXIII.