Glenn Beck says he got a message from God: 'I am coming and I will settle scores' 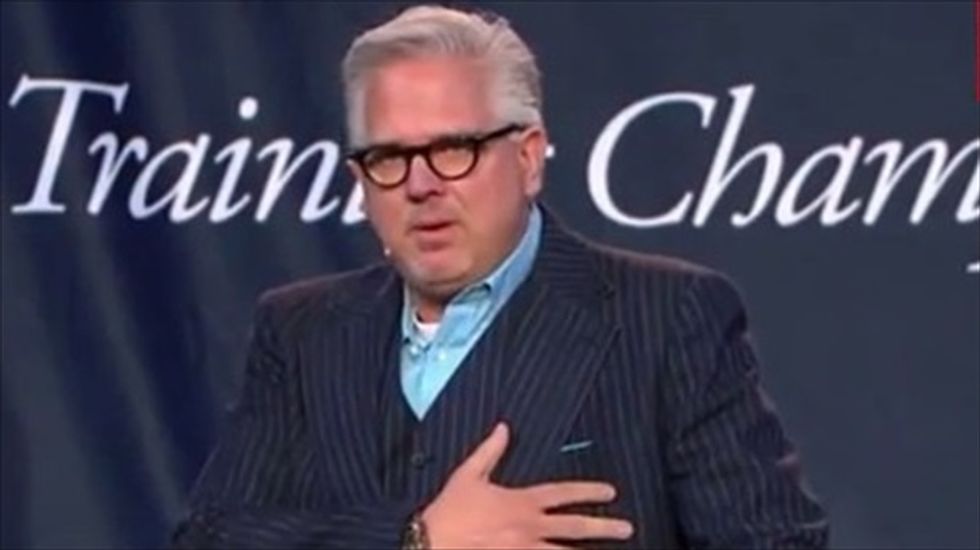 Conservative radio host Glenn Beck claimed during a commencement speech at Liberty University last Friday that God delivered an angry message to him while preparing for a 2011 appearance in Jerusalem.

"I know the love, I know the gentleness of Christ," Beck said in video posted by Right Wing Watch on Monday. "[But] I've never felt the wrath."

Beck, a Mormon, told the crowd at the Christian university that God then informed him, "You tell them I am coming and I will settle scores."

The alleged epiphany happened while Beck was asking God for guidance on what to say during his appearance at the Temple Mount, during which he described the popular uprisings taking place during the "Arab Spring" as "a familiar force which I said would come to the borders of Israel and bring death."

"We went and we obeyed," Beck told the audience at Liberty. "Some people who came with me were trying to talk me out of it the whole time, saying, 'Glenn, this is impossible, it can never happen, it won't happen.' And I looked at them and I finally got sick and tired enough that I said, 'talk to Him, not to me.'"

He also revisited a popular argument among conservatives, claiming that "aborted babies" were being incinerated to generate electricity in a Brooks, Oregon power plant.

In reality, as the Associated Press reported, conservatives seized on the topic after it was discovered that fetal tissue was among the materials used at energy plants in the United Kingdom, a practice that was quickly banned.

But officials in Marion County, which includes both Brooks and Portland, never received confirmation that the same was being done at the Oregon plant, and approved a revision for existing medical waste procedures to ensure that no fetal tissue is included.

Watch a portion of Beck's speech, as posted by Right Wing Watch on Monday, below.