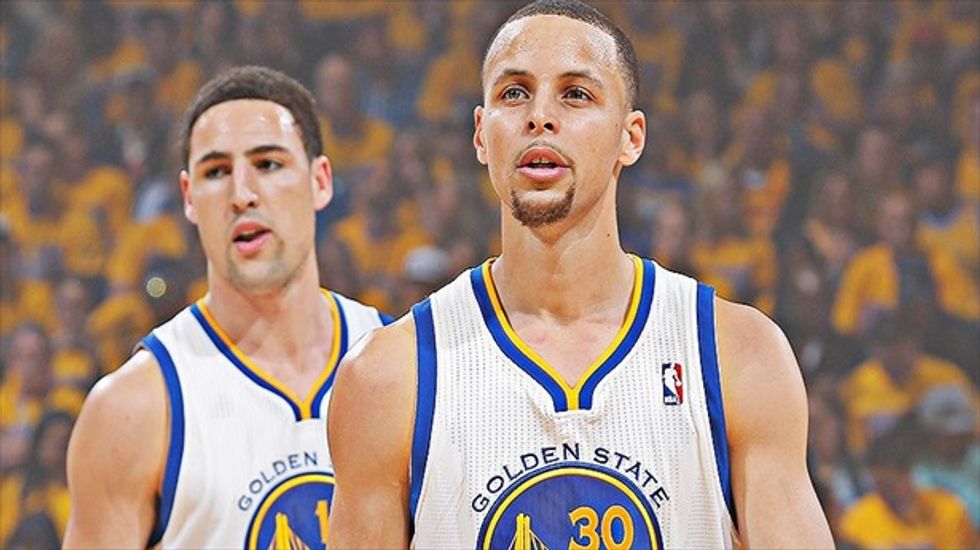 Sterling was barred from appearing at Clippers and NBA functions. But guard Stephen Curry (pictured above, right) told Thompson that if league Commissioner Adam Silver had instead suspended him or fined him less than the maximum penalty of $2.5 million, the Warriors would have left the court during the tip-off to Game 5 of their first-round playoff series.

"It would have been our only chance to make a statement in front of the biggest audience that we weren't going to accept anything but the maximum punishment," Curry was quoted as saying. "We would deal with the consequences later but we were not going to play."

Golden State would also reportedly have invited Clippers players to join them in leaving the court. The Clippers had already engaged in a silent protest against Sterling's actions on Sunday, wearing their practice shirts inside-out before losing to the Warriors in Game 4. Curry, power forward David Lee, center Jermaine O'Neal and small forward Draymond Green were identified as being the Warriors players behind the plan.

Silver said on Tuesday that he would encourage the Board of Governors to force Sterling to sell the team, a process that would require approval by two-thirds of the league's owners. Sterling has reportedly said the Clippers are "not for sale."