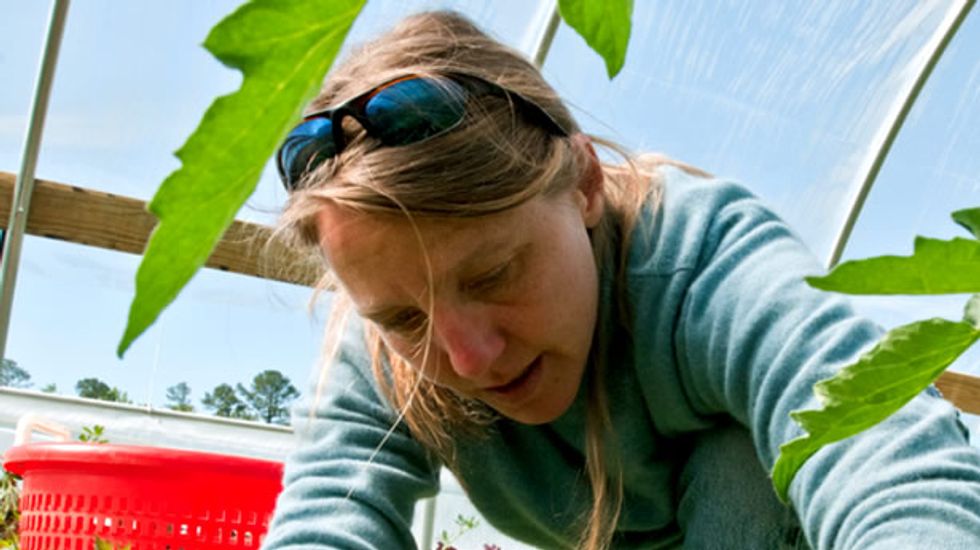 According to an article published yesterday in Modern Farmer, the signing of Article 89 last December has led to a renaissance in urban farming in Boston.

The new ordinance -- signed by Mayor Thomas M. Menino on one of his last days in office -- allows urban farmers to both grow and sell their produce within city limits. Boston's Office of Food Initiatives believes that Article 89 will allow the city to "build a strong local food economy," especially in low-income neighborhoods littered with more abandoned lots.

According to Heather Hansman, Article 89 "details all of the steps and loopholes farmers need to consider when they’re building a farm in between apartment buildings — or on top of them."

The legislation met opposition from communities worried about rooftop compost bins and the possible illicit use of hydroponic gardens, but proponents of Article 89 assuaged those concerns by writing into the bill provisions that require parks department supervision.

The director of the Office of Food Initiatives, Edith Murnane, noted that "[i]t’s not a very intuitive process. We had to break down those barriers to give agency to the farmers. We wanted to lay out for them every department that could possibly impact a parcel of land." The most significant benefit of Article 89 is that it is now legal to sell produce grown in the city directly to the citizens of it.

"Before, it had to be that you were doing it undercover," Shani Fletcher told Modern Farmer. "This has made it easier. Now we can get local food into the hands and mouths of a lot of people in need."

Murnane told Modern Farmer that she hopes Article 89 will allow urban farmers to find a sustainable means of making ends meet. "Do I think Boston is going to return to a rural economy?" she said. "No. But do I think it’s going to create some interesting options."

Some of those "interesting options" have already sprouted up, as a Food Tank list of the top ten beneficiaries of Article 89 demonstrates.