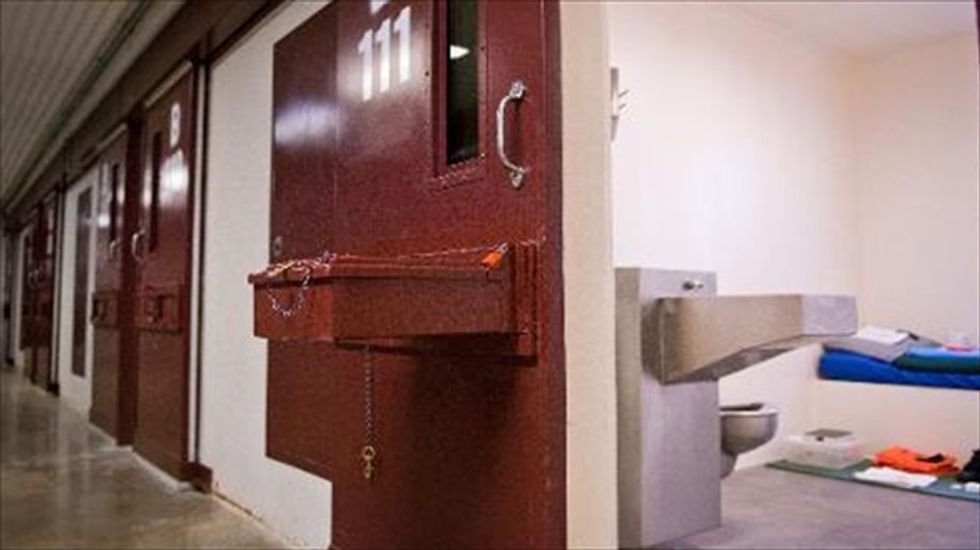 photo made during an escorted visit and reviewed by the US military shows corridor and cell doors of 'Camp 5' detention facility at Naval Station in Guantanamo Bay, Cuba, April 8, 2014 [AFP]

A review board Friday recommended US officials repatriate a Yemeni man detained at Guantanamo for 12 years, saying the suspected Osama bin Laden bodyguard no longer poses a threat to US security.

Ali Ahmed Mohammed al-Rahizi, 34, was among the first 20 terror suspects brought to Guantanamo, on January 11, 2002. Last month he appeared before the Periodic Review Board, created in 2011 by the Obama administration as part of its goal to shutter the detention facility.

There are 154 men still held at the US Navy base at Guantanamo Bay, Cuba, including 76 already cleared for release.

In Rahizi's case, the PRB "by consensus, determined continued law of war detention of the detainee is no longer necessary to protect against a continuing significant threat to the security of the United States," it said in a statement.

In recommending his return to his family home in the relatively stable region of Ta'izz, the board cited the detainee's non-violent behavior at Guantanamo, his "credible" plans for the future and a "commitment not to repeat past mistakes."

The PRB's recommendations were made at a hearing and transmitted by audio to a listening room at the Pentagon.

Rahizi was captured in December 2001 along the Afghanistan-Pakistan border. The PRB cited his low level of involvement with terror network Al-Qaeda, "including his lack of ties to at-large extremists."

By receiving transfer approval, Rahizi could theoretically be repatriated now. But dozens of Yemenis, who constitute more than half of the prison's detainees, already approved for transfer have languished at Guantanamo amid instability in Yemen.

On January 9 the PRB recommended repatriation of Yemeni Mahmoud al-Mujahid. But it refused to return a second Yemeni under consideration, Abdel Wahab al Malik Rahabi, who like Rahizi had been described as a former bodyguard of bin Laden.