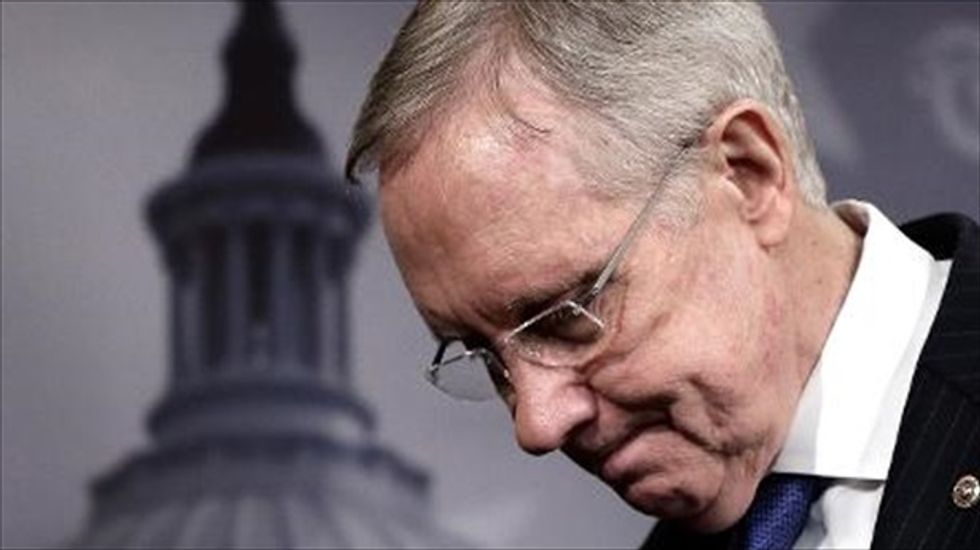 "I'm open to anything that will move energy efficiency," Reid said in response to a reporter's question, referring to a bipartisan bill on promoting energy savings through revised building codes.

The Senate is expected to debate the efficiency bill this week. It is sponsored by Senators Jeanne Shaheen, a New Hampshire Democrat, and Rob Portman, an Ohio Republican.

The bill will likely be the last legislation debated on energy before midterm elections on November 4, and Reid's comment suggested that a measure addressing Keystone approval could be added.

Reid said that talks with Republicans are continuing and initially he thought there would be a vote on a non-binding "sense of the Senate" resolution expressing support for TransCanada Corp's pipeline.

But now, Reid said, Republicans are asking for legislation that would have the force of law.

The White House has threatened to veto previous attempts by Congress to force approval of the project, which would bring more than 800,000 barrels per day of Canada's oil sands petroleum to refiners along the U.S. Gulf.

The northern leg of the pipeline would link to a southern branch that is already operational.

The project divides Obama's base between environmentalists, who say the project would lead to an increase in emissions linked to climate change, and union members who say Keystone XL would create thousands of construction jobs.

Even if a measure attached to the Shaheen-Portman bill passed the Senate and a similar bill passed in the House of Representatives, it is unlikely the Senate would have enough votes to overcome any veto by President Barack Obama.

Senator John Thune, a South Dakota Republican, said Keystone supporters want more than a symbolic vote. "We ought to have a vote that matters," he said. "There should be a full blown debate on energy policy" in the Senate, he added.