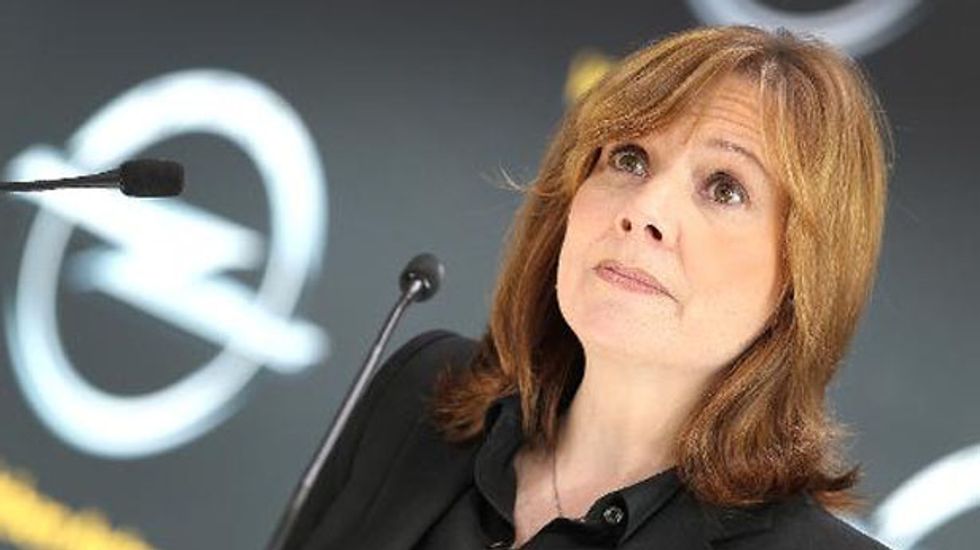 WASHINGTON (Reuters) - General Motors CEO Mary Barra, under intense grilling by members of the U.S. Congress, on Tuesday said she found employee statements "disturbing" that cost considerations may have discouraged the prompt replacement of faulty ignition switches now linked to at least 13 fatalities.

Barra, whose testimony was being delivered under oath before a House Energy and Commerce subcommittee, announced that GM had retained Kenneth Feinberg as a consultant to gauge possible responses to families of those injured or killed in crashes involving the recalled cars.

This was the first time that any GM official has hinted at the possibility of a victims' compensation fund, as many consumer groups and Democrats in Congress are urging.

Since February, GM has recalled 2.6 million vehicles due to concerns about ignition switches that unexpectedly turn off engines during operation and leave airbags, power steering and power brakes inoperable.

GM first noticed a problem with the switches in 2001, but did not order any recalls until this past February.

Feinberg is highly regarded for his past handling of compensation issues related to the September 11, 2001, attacks, the BP oil spill in the Gulf of Mexico and last year's Boston Marathon bombing.

On one of the most sensitive issues in the congressional investigation of GM, lawmakers asked Barra why the company would have included ignition switches in its cars even though they did not fully meet the company's specifications.

"There is a difference between a part not meeting specifications and it being defective," Barra responded.

When pressed on whether the switch was acceptable from a safety and functionality perspective, Barra said: "As we clearly know today, it is not."

In Tuesday's hearing before the House panel and with a Senate panel hearing set for Wednesday, Congress is trying to establish who is to blame for at least 13 auto-related deaths over the past decade.

Representative Henry Waxman, the senior Democrat on the House Energy and Commerce Committee, said lawmakers then must "improve the law" to make sure there is not a repeat of the GM problem.

House Energy and Commerce Committee Chairman Fred Upton, a Republican, told Barra: "With a two-ton piece of high-velocity machinery, there is zero margin for error; product safety is a life or death issue. But sadly, vehicle safety has fallen short."