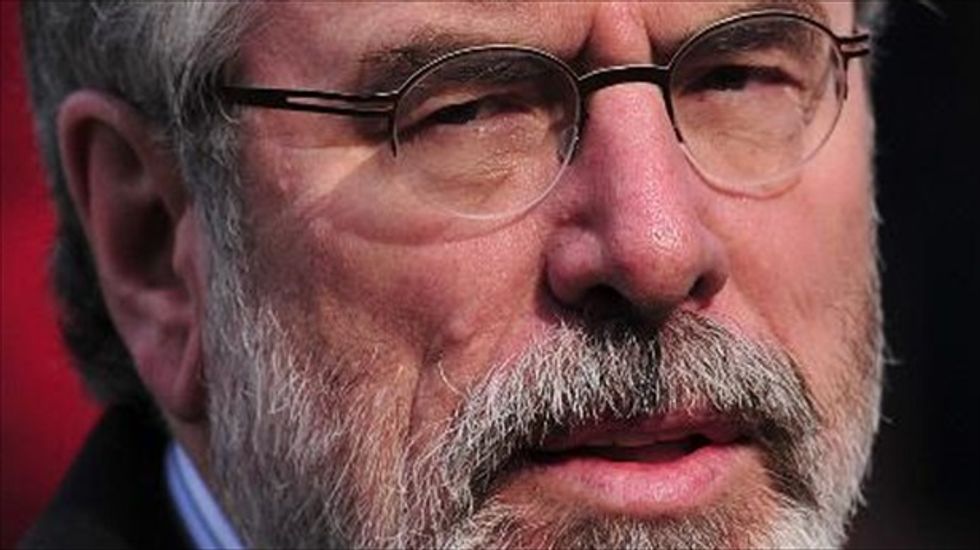 Irish republican leader Gerry Adams, head of the Sinn Fein political party, was on Wednesday being questioned over the murder of a woman in 1972, the party said in a statement.

"Last month Gerry Adams said he was available to meet the PSNI (Police Service of Northern Ireland) about the Jean McConville case," said a statement on the party's website.

"That meeting is taking place this evening."

McConville, a 37-year-old mother of 10, was snatched from her west Belfast flat and shot by republican paramilitary outfit the IRA.

Her body was eventually found on a beach in County Louth in 2003.

Adams has always denied any involvement.

"I believe that the killing of Jean McConville and the secret burial of her body was wrong and a grievous injustice to her and her family," he said.

"Well publicized, malicious allegations have been made against me. I reject these.

"While I have never disassociated myself from the IRA and I never will, I am innocent of any part in the abduction, killing or burial of Mrs McConville."