Jon Stewart: Donald Sterling, Bundy, and the KKK illustrate the 'mosaic of racism in America' 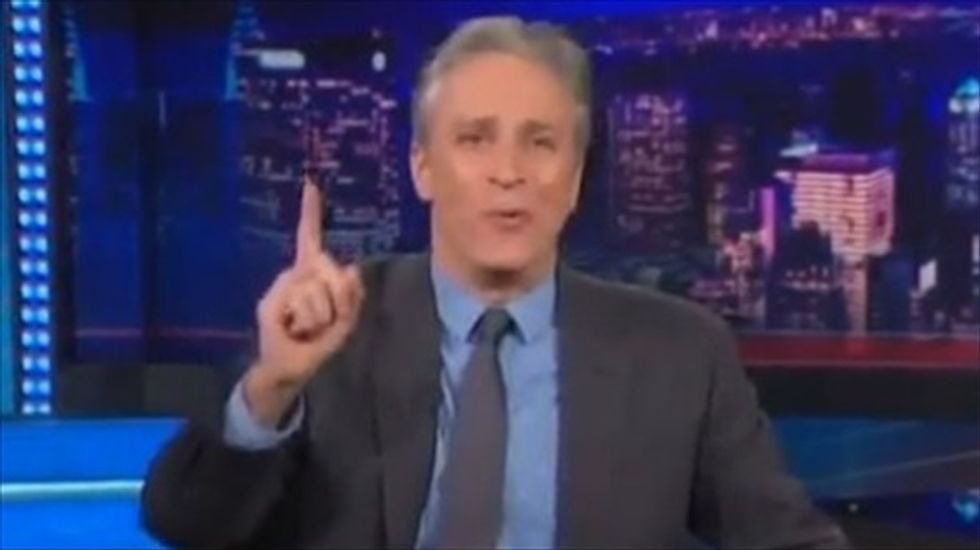 The news about Sterling's alleged racist statements toward the Black community, Bundy's confirmed observations about "the Negro," and the Klan's desire to "rebrand" itself, Stewart said, came amid the Supreme Court's decision effectively gutting affirmative action college admissions policies, which he mockingly declared a statement that racism was "over."

"Just days after being declared dead by the Supreme Court, racism has arisen," Stewart observed. "It's a week-after-Easter miracle."

Stewart then played clips of a person identified -- but not confirmed -- as Sterling telling girlfriend V. Stiviano he didn't mind if she had sex with Black men, as long as she didn't let herself be seen in public or his Los Angeles Clippers' games with them, making him a rare creature: a "racist swinger."

But weirder than that, he said, was the fact that the L.A. chapter of the NAACP was scheduled to give Sterling a "lifetime achievement" award before the audio was published. (The NAACP subsequently rescinded the honor.)

"Take that, Sterling," Stewart said. "Because of your unrepentant racism, you only get one NAACP lifetime achievement award."

Watch Stewart's commentary, as aired on Monday, below.