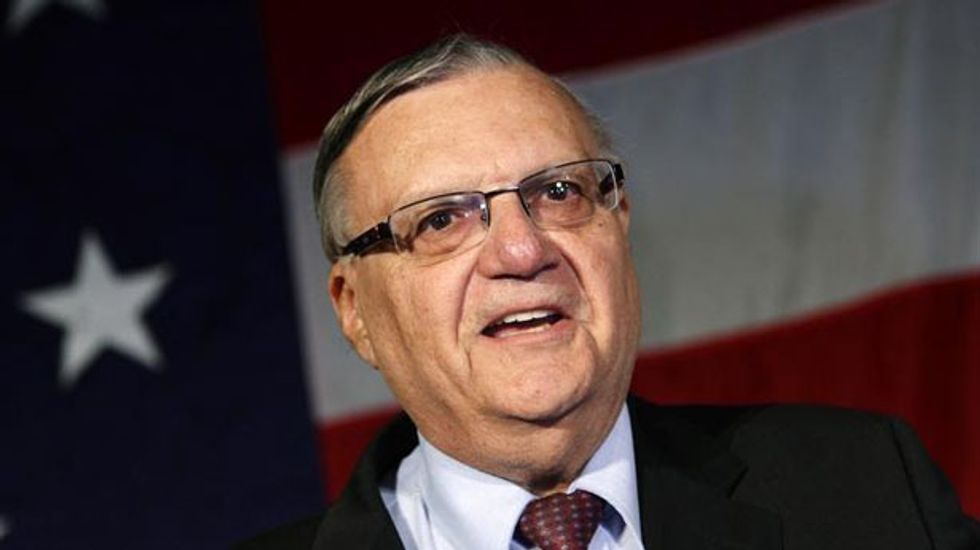 During the tense hearing in Phoenix, U.S. District Judge Murray Snow also threatened to personally attend training sessions for deputies to ensure his order from last year is complied with at Arpaio's Maricopa County Sheriff's Office.

Arpaio, a divisive figure in the national immigration debate who bills himself as "America's toughest sheriff," was not present at the hearing.

"I am not going to tolerate any slip-ups any more," Snow said on Thursday.

The judge has called for an independent monitor to ensure Arpaio's Sheriff's Office stops using race in making law enforcement decisions, in a ruling that stems from a 2007 lawsuit questioning whether police could target unauthorized immigrants without profiling Hispanics who are U.S. citizens or legal residents.

At Thursday's hearing, Snow took Arpaio's chief deputy Dave Trombi to task for mischaracterizing the judge's order at a March 15 community meeting, where Trombi told residents that the judge had found deputies detained Latinos 14 seconds longer than other drivers.

That was not in the judge's order.

Trombi, sitting in the witness stand, admitted during questioning by the judge that he "ashamedly" had not reviewed the ruling at the time of the meeting but has since done so.

Snow told lawyers for the sheriff's office he will take further action if there are more wrongful actions by officials in the office. "I am at the end of my rope," he said.

Tim Casey, the lead attorney for the sheriff's office, said the agency would comply with the judge's order.

"The fact is it's the law," Casey said. "Come heck or high water we will comply with it."

Arpaio has denied that his deputies use racial profiling and his sheriff's office is appealing Snow's findings.

Snow also ordered the sheriff's office to submit plans and a timeline on who will train deputies to avoid future recurrences of racial profiling and what would be covered in the training.

Snow said he had "zero confidence" the training would be adequate and plans to show up unannounced at sheriff's office teaching sessions. "I'm going to make sure there isn't any baloney going on," he said.

Last month, Snow warned Arpaio and another aide, Jerry Sheridan, that he would not tolerate the type of behavior recorded in an October briefing that saw Sheridan call the judge's court order ludicrous and absurd.