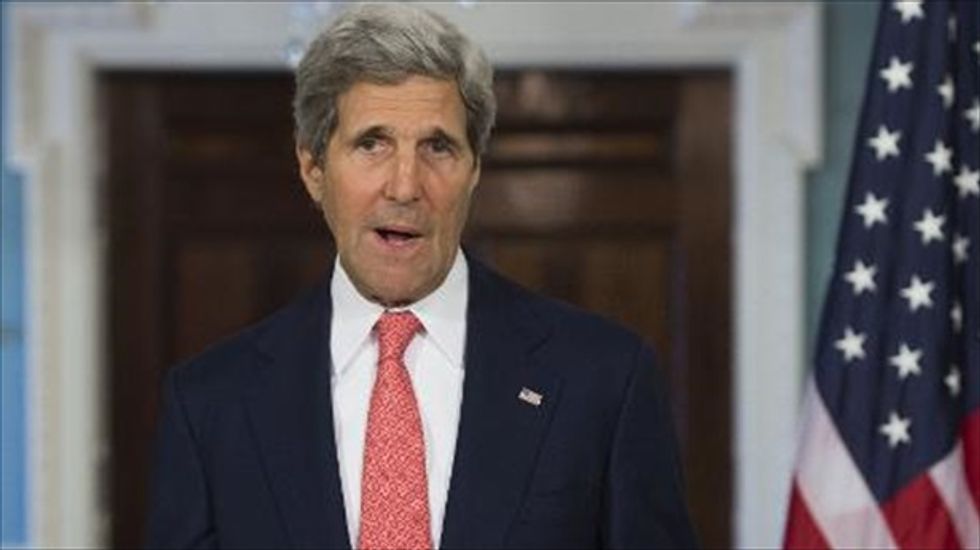 US Secretary of State John Kerry speaks in Washington, DC on April 24, 2014 [AFP]

U.S. Secretary of State John Kerry warned Thursday that Russia's refusal to take any steps to end the crisis in Ukraine would prove costly, saying the window for Moscow to change course was closing.

In a surprise evening statement to reporters, the top US diplomat slammed Russia for breaking its promises by failing to implement the terms of a deal struck in Geneva last week with the U.S., E.U. and Kiev.

"For seven days Russia has refused to take a single concrete step in the right direction, not a single Russian official... has publicly gone on television in Ukraine and called on the separatists to support the standdown, to give up their weapons and get out of the Ukrainian buildings," Kerry said.

Ukraine's interim leaders had from "day one" kept their word after agreeing to the deal, Kerry said, adding that there had been "seven days, two opposite responses and one truth that cannot be ignored."

He accused Moscow of a "full-throated effort to actively sabotage the democratic process through gross external intimidation" and described new Russian military exercises on the border of Ukraine on Thursday as "threatening."

"Let me be clear: if Russia continues in this direction it will not just be a grave mistake, it will be an expensive mistake," the veteran diplomat said, adding "we are ready to act" as Washington tees up new economic sanctions against Moscow.

He highlighted how international sanctions were already taking a toll on the Russian economy, saying investors' confidence has dwindled and some $70 billion in capital had fled the Russian financial system.

And he accused the Russia Today television network of being deployed to "promote President Putin's fantasy of what is being played out on the ground."

"No amount of propaganda will hide the truth," Kerry said, as he charged that Moscow was trying to create chaos in eastern Ukraine perhaps in a bid to give it an excuse for a full invasion of its neighbor.

"Russia is stoking the very instability that they say they want to quell," Kerry said. "In plain sight Russia continues to fund, coordinate and fuel a heavily armed separatist movement in Donetsk.

"What is happening in eastern Ukraine is a military operation that is well planned and organized, and we assess that it is being carried out at the direction of Russia."

"The window to change course is closing. President (Vladimir) Putin and Russia face a choice. If Russia chooses a path of de-escalation, the international community, all of us, will welcome it.

"If Russia does not, the world will make sure that the costs for Russia will only grow."