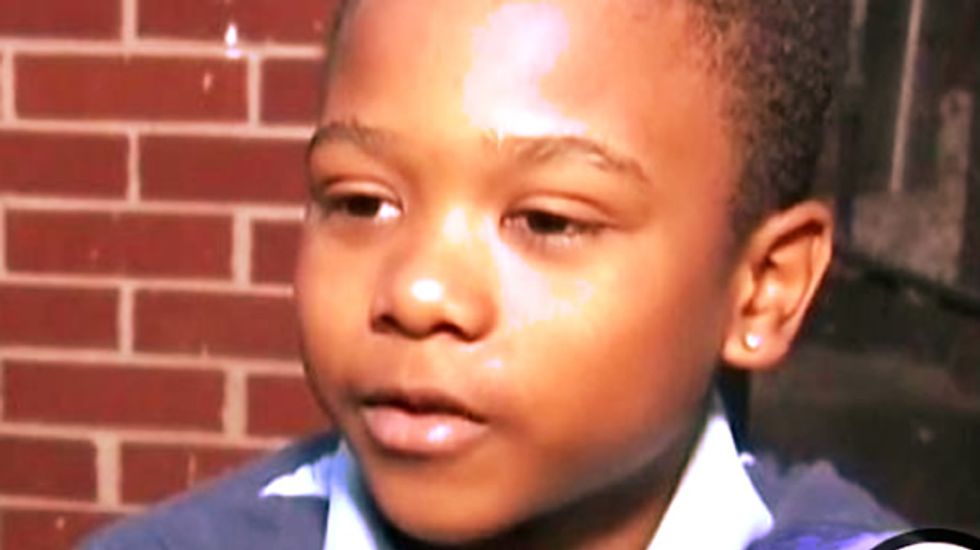 On Tuesday, 9-year-old Willie Myrick claimed that he escaped from kidnappers who were holding him for ransom by endlessly singing a gospel song.

In what could be called a modern day version of the classic O. Henry story "The Ransom of Red Chief," Myrick told police that he was in his front yard when he saw some money lying on the ground. When he bent down to pick it up, he said, someone grabbed him and took off in their car.

According to Myrick, the kidnapper "told me [that] he didn't want to hear a word from me, so I ain't say nothing." Instead, he began singing a gospel hymn, "Every Praise," until the kidnapper cursed at him and told him to shut up.

He continued singing for three hours, until finally the kidnapper stopped the car and ordered Myrick to exit the vehicle. He ran to a nearby house and explained to the homeowner what happened. His guardian was called, and police -- who were already canvassing the neighborhood for the boy -- called off their search.

Police have no leads on the suspect, but are hoping the sketch that aired with the story will lead to an arrest.

Watch a segment about the boy and his release from Fox News below.