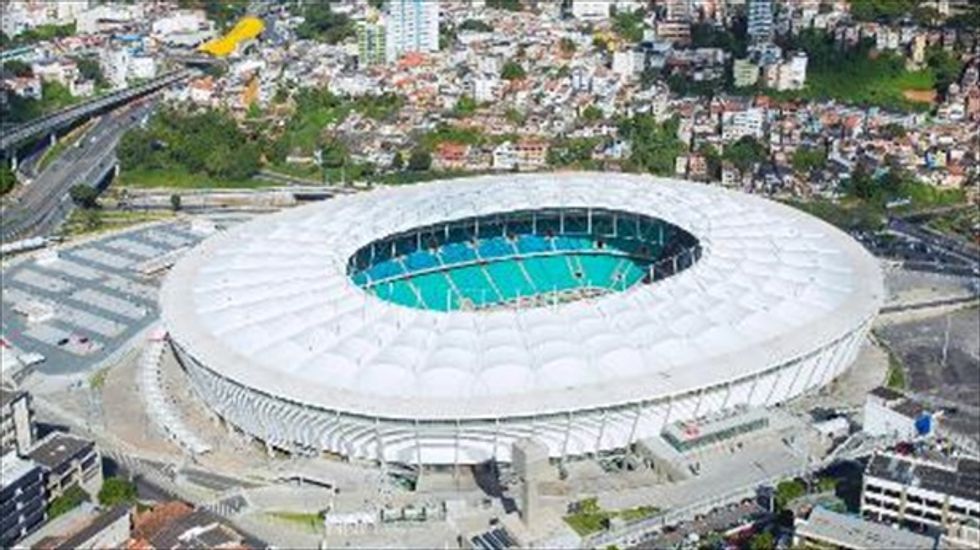 Looting broke out in Salvador de Bahia, one of the host cities for this year's World Cup in Brazil, as police went on strike for a second day Wednesday.

Radio reported that a supermarket and bank were pillaged overnight in the absence of local police, who walked out late Tuesday in Brazil's third-largest city, located in the country's northeast.

Federal police have been drafted in to provide security and more are on the way.

Jorge said the government was caught off-guard by the strike "because we were in the process of holding talks with workers when the walkout was called."

The spokesman added that city officials "remain open to dialogue" with the striking officers.

Salvador has some 2.5 million inhabitants and is one of a dozen cities hosting the World Cup.

The games get under way on June 12, with the final to be held in Rio de Janeiro on July 13.

Jan. 6 committee has photo evidence from inside the White House: report

Photographic evidence from inside the White House has been obtained by the House Select Committee Investigating the Jan. 6 Attack on the U.S. Capitol.

"Congressional investigators have obtained a batch of official White House photographs, including images taken on Jan. 6, 2021, according to two sources familiar with the evidence," Politico reported Thursday. "At least some of the photos were taken by official White House photographer Shealah Craighead, the sources indicated. Committee Chairman Bennie Thompson confirmed that the panel had obtained some of Craighead’s photos, though he declined to describe their content."