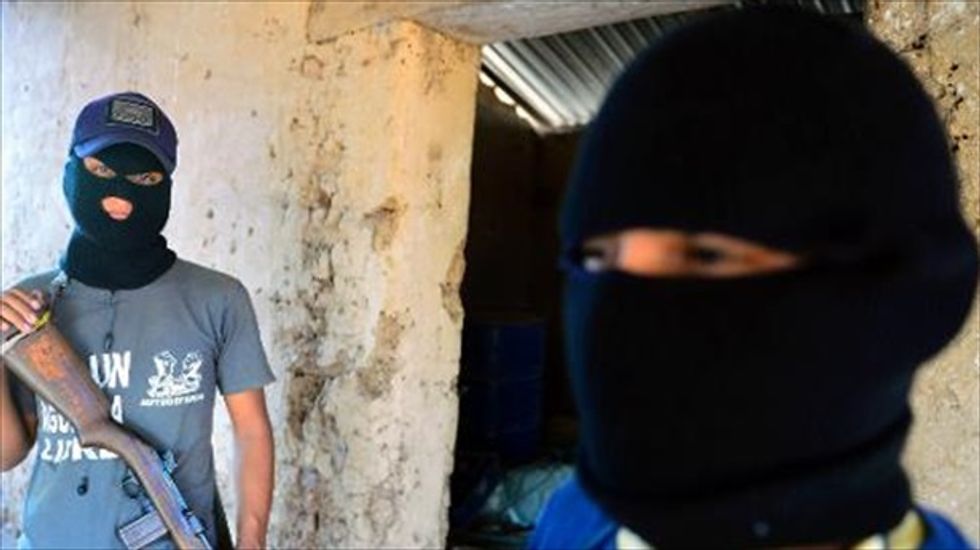 The mayor of a town that serves as one of Mexico's key drug trafficking ports was detained Monday for alleged ties to the Knights Templar drug cartel.

Authorities arrested Arquimides Oseguera for his "alleged relationship with the leader of the criminal organization, and his probable participation in crimes like kidnapping and extortion," said Michoacan federal commissioner Alfredo Castillo.

Oseguera is the third Michoacan official arrested this month for alleged links to the Knights Templar, which has terrorized the region for years.

The Pacific coast town of Lazaro Cardenas, where Oseguera was mayor, is home to about 180,000 people.

It was placed under military control last November as authorities investigated charges of official corruption and to stop the import from Asia of chemicals used by the Knights Templar to make methamphetamine.

The arrest coincided with the start of a gun registration program aimed at demobilizing Michoacan's vigilante militias.

The civilian "self-defense" groups sprang up starting a year ago to fight the Knights Templar, accusing local police of being unwilling or unable to stop the gang's extortion rackets and kidnappings.

The federal government had tolerated the expansion of the vigilante militias, but recently has been calling for them to disarm and join a Rural Defense Corps.

Since earlier this year, Mexico has deployed a vast military and police operation to pacify the restive state of Michoacan and to fight the Knights Templar.

Three of the cartel's four top leaders have been killed or captured since the operation began.

Former school teacher Servando "La Tuta" Gomez, a top leader who has spoken in videos produced by the cartel, remains at large.