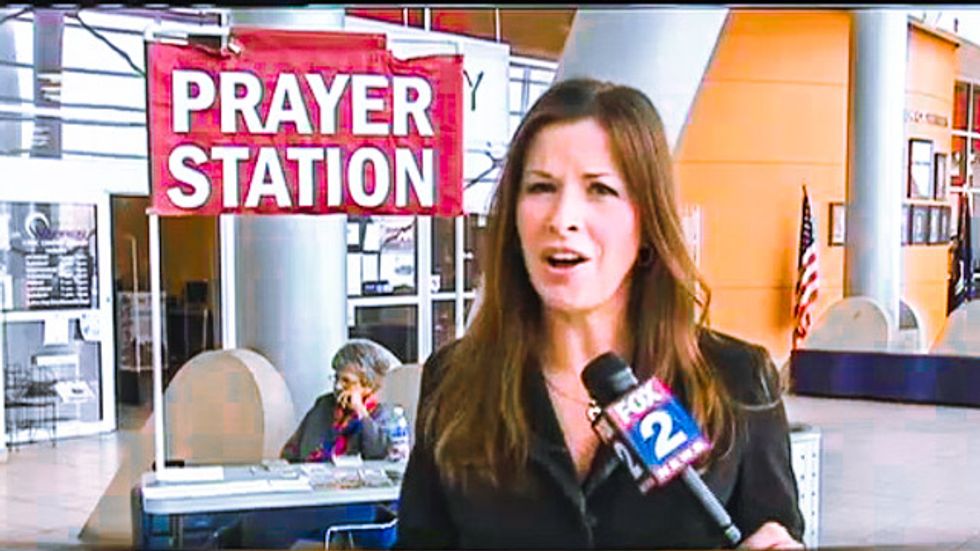 A Michigan mayor who says that he believes in freedom of religion has refused to allow atheists to set up a so-called "Reason Station" inside City Hall, saying it could upset Christians visiting the nearby "Prayer Station."

According to the Detroit Free Press, Warren resident Douglas Marshall proposed the "Reason Station" to promote separation of church and state, and to tell people about using free thought, reason and logic.

But Warren Mayor Jim Fouts rejected the display for a period of one year because of Marshall's affiliation with a group called the Freedom From Religion Foundation. In a letter to Marshall, Fouts explained that the Freedom From Religion Foundation was not protected under the First Amendment's Establishment clause because atheism was not a religion.

“To my way of thinking, your group is strictly an anti-religion group intending to deprive all organized religions of their constitutional freedoms or at least discourage the practice of religion," Fouts wrote. "The City of Warren cannot allow this."

"Also, I believe it is group’s intention to disrupt those who participate in the Prayer Station which would also be a violation of the freedom of religion amendment," he added. "For these reasons, I cannot approve of your request."

Last year, Freedom From Religion had asked to participate in the city's annual winter holiday display with a sign that declared that there "are no gods, no devils, no angels, No heaven or hell. There is only our natural world. Religion is but Myth and superstition that hardens hearts and enslaves minds."

A federal appeals court ruled that Fouts did not violate the group's rights when he rejected the request.

Marshall, however, argued that it was unfair for the mayor to reject the latest request based on his association with Freedom From Religion.

WJBK reported that the city of Warren has approved the "Prayer Station," a Ramadan Display, a Nativity scene and a Day of Prayer -- but nothing for atheists.

"I will continue to support all groups regardless of race or religion, but I will not support a group that denigrates those groups," Fouts told the station.