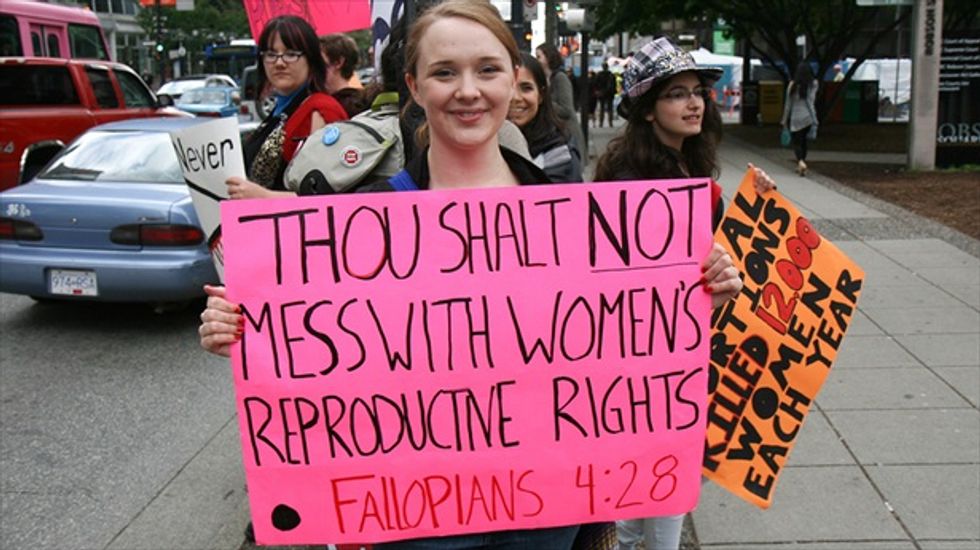 Mississippi will ban abortions after more than 20 weeks of pregnancy from July, joining other conservative U.S. states that have placed restrictions on the procedure.

A handful of states have in recent years enacted laws that place restrictions on the procedure, especially on late-term abortions, citing hotly debated medical research that a fetus feels pain at 20 weeks of gestation, halfway through a full-term pregnancy. The Mississippi bill referred to that research.

"Today is an important day for protecting the unborn and the health and safety of women in Mississippi," Governor Phil Bryant said in a statement after signing the bill, which becomes law on July 1.

Physicians who defy the law could lose their medical license.

Alabama, Arkansas, Indiana, Oklahoma, and Texas are among the states that have passed similar legislation.

In Mississippi, abortions would be legal after 20 weeks if a woman's life was in danger or if the fetus suffers "from fetal abnormalities so great that life outside the womb is not viable," said Bryant, a Republican.

Nancy Northup, president of the nonprofit Center for Reproductive Rights, criticized the bill, saying it does not include exceptions for pregnancies resulting from rape or incest.

"It's time for these politicians to stop passing laws that attack constitutionally protected women's health care," Northup said in a statement.

According to data collated in 2011 by the Guttmacher Institute for sexual and reproductive health, 23 percent of U.S. abortion providers offer terminations after 20 weeks, though only 1.2 percent occur later than that.