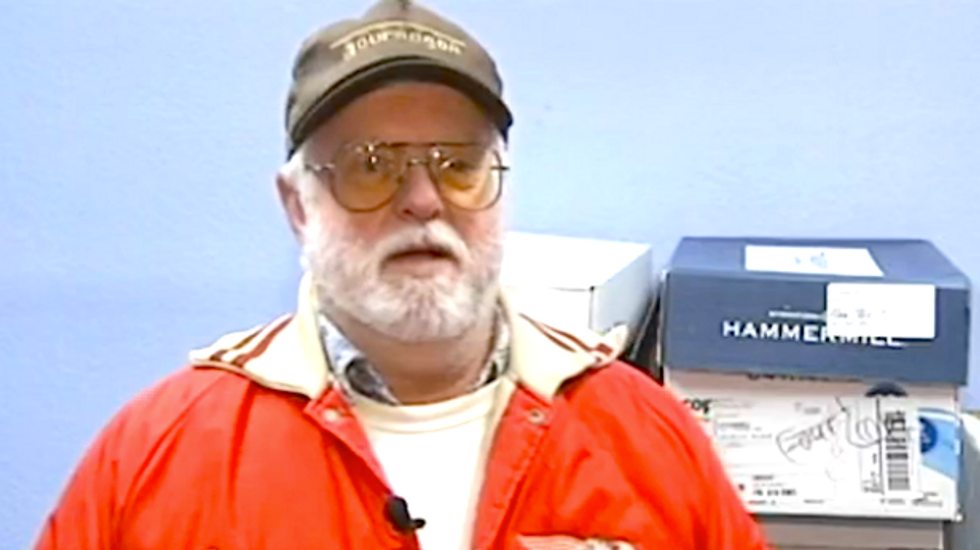 (Reuters) - The mayor of a southwestern Missouri town resigned on Tuesday in the wake of community anger over anti-Semitic comments he made in reference to recent killings at two Jewish community facilities in Kansas.

Dan Clevenger submitted a hand-written, one-sentence letter of resignation as mayor of Marionville, Missouri, a town of 2,225 people about 240 miles southwest of St. Louis.

Clevenger had enraged the community after he said in a televised interview last week that he "kind of agreed with" the views of Frazier Glenn Cross, who has been charged with murdering three people outside a Jewish community center and a retirement home in Overland Park, Kansas, on April 13.

Cross, who also went by the name Glenn Miller, was an avowed white supremacist and an admirer of Adolf Hitler, according to writings posted on his website.

None of the victims he shot at random turned out to be Jewish, police later said.

Clevenger, who earlier this month became mayor of Marionville, said in an interview last week with KSPR television in Springfield that he had known Cross, who lived nearby, for years.

"I kind of agreed with him on some things, but I don't like to express that too much," Clevenger said in the interview.

"There's some things going on in this country that are destroying us," Clevenger said. "We've got a false economy and some of those corporations are run by Jews. The names are there."

At a meeting on Monday night of the Marionville Board of Aldermen, a number of residents criticized Clevenger for his remarks and the board voted 4-1 to begin impeachment proceedings against him, said City Clerk Debbie Bateman.

In his resignation letter to the board on Tuesday, Clevenger did not explain why he was stepping down, writing only: "I, Daniel R. Clevenger, do hereby resign as mayor of Marionville."