No confirmation of Russian troop retreat from Ukraine border: NATO 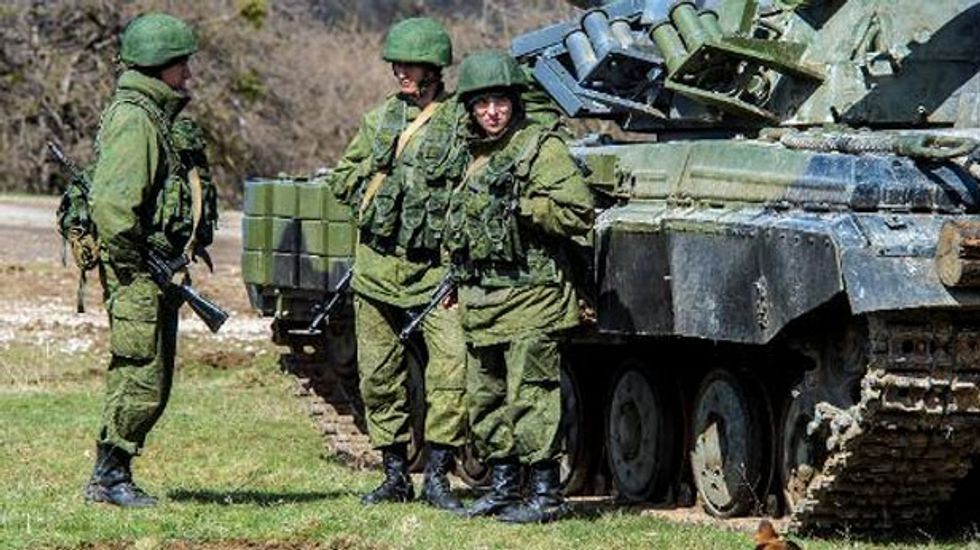 NATO Secretary General Anders Fogh Rasmussen on Tuesday said he could not confirm whether Russian troops had withdrawn from the Ukrainian border as announced by the Kremlin.

"Unfortunately I cannot confirm that Russia is withdrawing its troops; this is not what we have seen," Rasmussen told journalists before a NATO foreign ministers meeting on the crisis in Ukraine.

Ukraine and the United States have accused Russia of massing thousands of troops near the border and have expressed concern that Moscow intends to seize southeastern parts of Ukraine with large populations of ethnic Russians following the Crimea takeover.

But German Chancellor Angela Merkel's office said Putin had personally informed her of the troop pullback in a telephone conversation on Monday, while her Foreign Minister Frank-Walter Steinmeier called the move "a small sign that the situation is becoming less tense".

NATO foreign ministers are meeting at the alliance headquarters in Brussels to forge a response to Russia's annexation of Crimea last month.

But as the talks began, NATO seemed to be stepping back from reinforcing military presence in countries bordering Russia, preferring for now to give more time to diplomacy.

"I think everybody realises that the best way forward is a political and diplomatic dialogue," Rasmussen said, though he added NATO was "very determined to provide effective defence and protection of our allies".