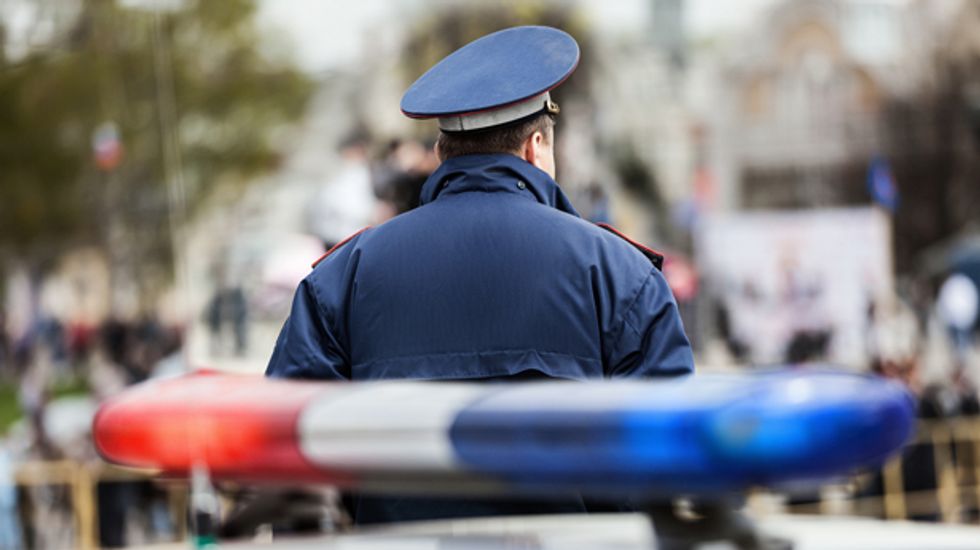 NEW YORK (Reuters) - A police officer who accidentally shot dead a student at a suburban New York university, while responding to an armed robbery at her apartment, has been cleared of all wrongdoing, authorities said.

Nassau County policeman Nikolas Budimlic was justified in shooting at an armed robber who was using Hofstra University student Andrea Rebello as a shield, a report by the county district attorney said on Wednesday.

The fact that Budimlic accidentally shot and killed Rebello, 21, did not change his justification, the report found.

"While her death is tragic, the law regarding justification is clear: A justification defense is applicable to any use of force, even if that use has unintended consequences," the report said.

Police headed to the apartment in Uniondale, east of New York City, early on May 17, 2013, after getting a call about an armed robber holding people hostage. When they arrived, suspected robber Dalton Smith, 30, grabbed Rebello in a headlock to shield his body while pointing a 9mm gun at her head.

"Smith ignored numerous commands shouted by Officer Budimlic for Smith to drop his weapon," the report said. "Smith, alternately pointing his gun at Andrea Rebello and Officer Budimlic, threatened to kill both of them."

For a moment during the tense standoff, Smith lost his balance and loosened his grip on Rebello when she turned her body away from him. When Smith wobbled, Budimlic fired eight rounds at him. Seven bullets hit Smith, but one struck Rebello in the head.

Rebello was transported to the Nassau University Medical Center, where she died.

Smith, a wanted felon after breaking parole for another armed robbery, died in the apartment.

"The tragedy of Andrea Rebello's death was not caused by any criminal misconduct by Officer Budimlic. Her death was caused by Dalton Smith's decisions," the report said.