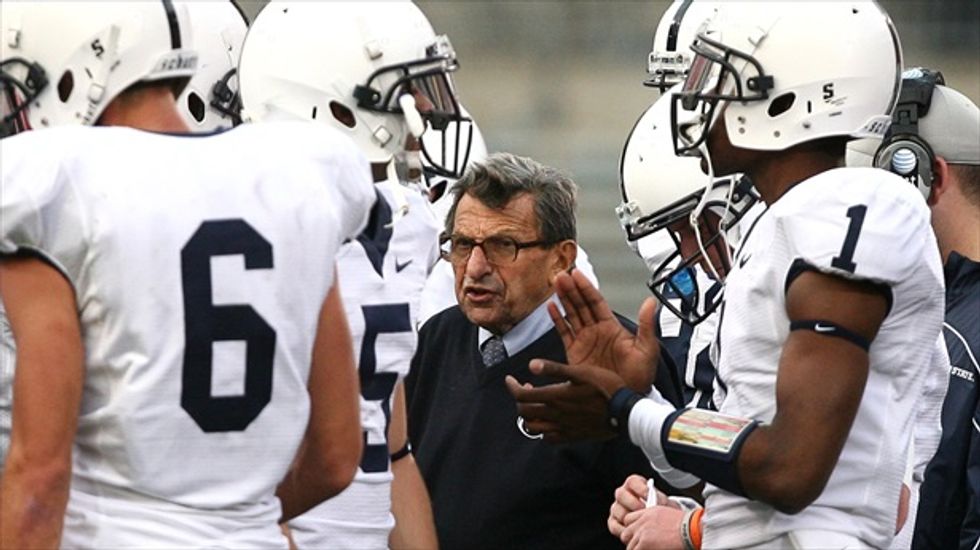 HARRISBURG, Pennsylvania (Reuters) - Fundraising for a new statue depicting Joe Paterno "as the man he was and not Joe the football coach" is set to begin two years after his image was removed from Penn State University because of a child sex abuse scandal involving a long-time assistant coach.

The Kickstarter.com campaign to raise $300,000 for a new sculpture of the late legendary coach that would be placed on private land in downtown State College, Pennsylvania, was set to begin on July 7, organizer Ted Sebastianelli, a Penn State alumnus, said on Thursday.

Two years ago, on July 22, 2012, a statue of Paterno outside the football stadium on the State College campus was pulled down by the university after former assistant coach Jerry Sandusky's conviction for sexually abusing boys.

A day later the NCAA, the chief governing body of collegiate sports, imposed sanctions that stripped Paterno of more than a decade of victories, ending his reign as the winningest coach in college football. Paterno, like other school officials, was accused of covering up Sandusky's abuse.

The new sculpture of Paterno is set to be unveiled in November 2015 outside a restaurant named The Tavern, an upscale eatery frequented by Penn State alumni, many of whom still consider him a hero and believe he will eventually be exonerated of accusations he did not do enough to expose Sandusky's crimes.

Bronze sculptor Zenos Frudakis, who created the 10-foot statue of one-time Mayor Frank Rizzo in downtown Philadelphia, was asked to base it on a photograph of Paterno sitting on a park bench and reading a copy of Virgil's "Aeneid," one of his favorite books.

"We want the statue to show Joe as the man he was and not Joe the football coach," said Kim Intorre, another Penn State graduate leading the drive.

Sebastianelli said he is confident the proposed two months of fundraising will yield the necessary $300,000.

"There is huge acceptance from the public," he said. "When we talk to alumni groups around the country, they always ask, 'when will we honor Joe? How will we honor him?'"

Penn State spokesman David LaTorre said the university is not involved in the statue drive and has no comment. He said the old statue is being stored in "a safe and secure location" that he would not disclose.

[Image: Penn State head coach Joe Paterno (C) coaches his team against Ohio State during the second quarter of their NCAA football game in Columbus, Ohio, in a Nov. 13, 2010 file photo. By Matt Sullivan for Reuters.]