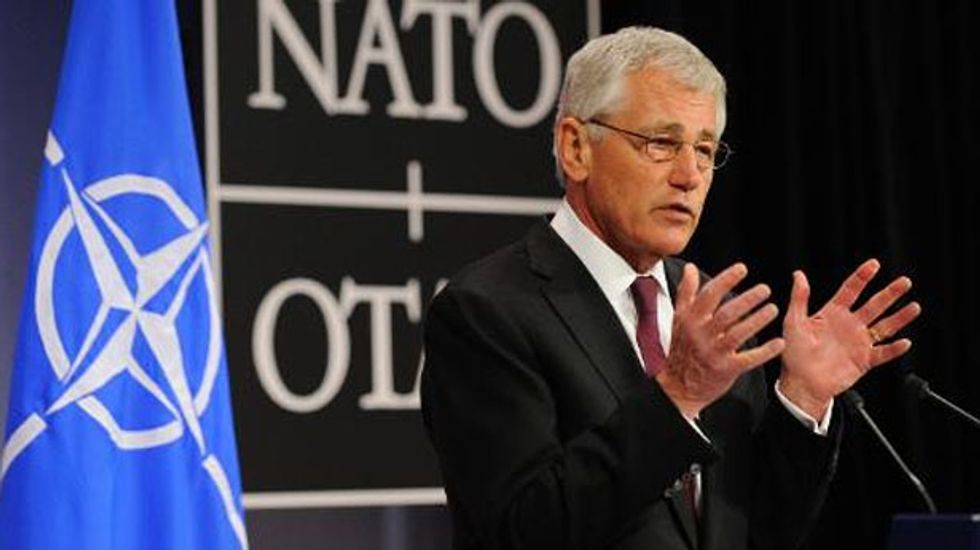 The United States will send helmets, medical supplies and other non-lethal military assistance to Ukraine amid fears of another Russian incursion there, Defense Secretary Chuck Hagel said Thursday.

Hagel said he had informed Kiev that President Barack Obama "has approved additional non-lethal military assistance for health and welfare items and other supplies."

The aid makes up part of a long wish list of items sought by Kiev over the past several weeks, as its ill-equipped forces face a pro-Russian uprising in the east, and the specter of Moscow annexing another huge chunk of its territory after the seizure of Crimea last month.

The items to be sent to Ukraine did not appear to include bullet-proof vests, night vision goggles or other items that could be used during combat.

Washington sent some 300,000 food rations to Kiev in late March.

"The United States will continue to review additional support that we can provide to Ukraine," Hagel said.

Several US lawmakers -- most notably veteran Republican Senator John McCain -- have issued scathing denunciations of the tepid response to the crisis by the West.

McCain, who lost the White House election to Obama in 2008, decried steps taken by the US and European Union thus far as "almost laughable" during a visit to Lithuania on Wednesday.

He and other lawmakers have called on Washington to provide military assistance to Ukraine, including light arms and anti-aircraft defenses.