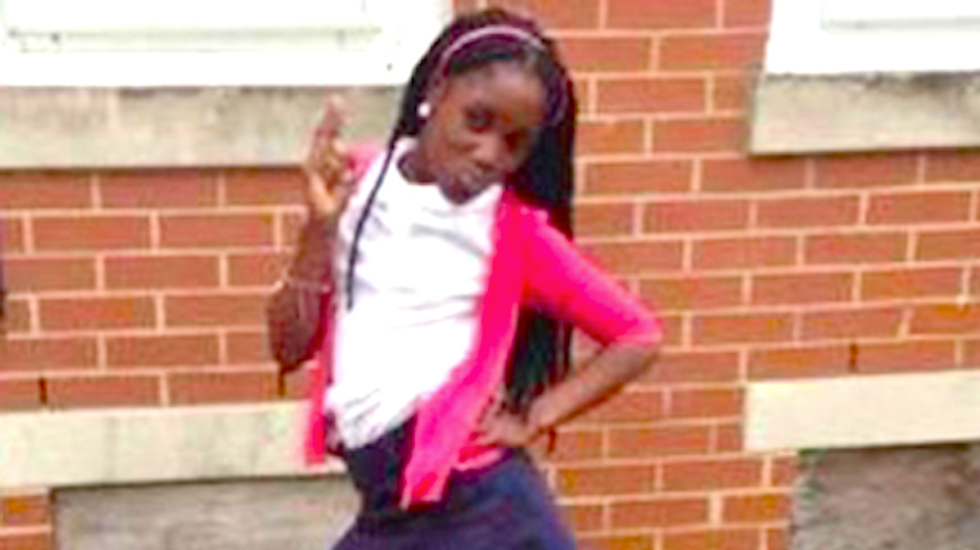 A 2-year-old West Philadelphia boy shot and killed his 11-year-old sister Saturday morning while playing with a loaded handgun.

Investigators said the girl’s 14-year-old brother found the gun, which had been left on top of the refrigerator by her mother’s boyfriend during a visit the night before, reported the Philadelphia Inquirer.

The girl and her siblings, including a 7-year-old sister, were playing with the .357-caliber weapon with an eight-inch barrel just before 10 a.m. in an upstairs bedroom while their mother was down the hall in the bathroom.

The youngest boy pointed the loaded, cocked firearm at his sister and the gun went off, shooting the girl in her upper arm area, police said.

But the bullet traveled through her chest and struck her in the heart, investigators said.

Police found the girl's mother, Tiffany Goldwire, cradling the child in her arms when they arrived, but she was pronounced dead at 10:20 a.m. at Children’s Hospital of Philadelphia.

The children’s mother was questioned for five hours, but police said she was not cooperating with the investigation, and other family members were interviewed and tested for gunpowder residue.

The 2-year-old had traces of gunpowder residue on his arm and a burn from the discharge, investigators said.

No charges have been filed in the case, which remains under investigation.