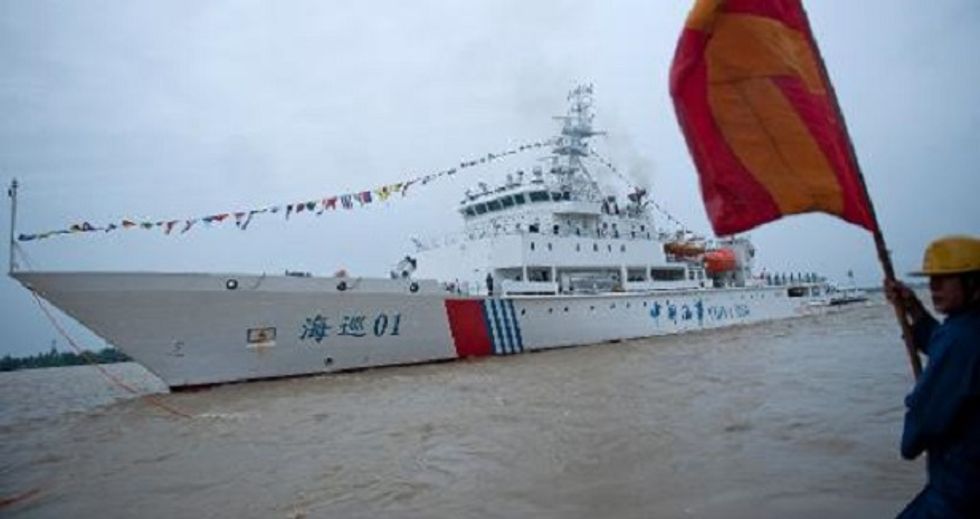 Planes and ships were being diverted Sunday to the area where a Chinese vessel detected signals consistent with a black box beacon in the hunt for missing flight MH370, the search chief said.

Australia is coordinating the southern Indian Ocean search for the Malaysia Airlines plane which went missing on March 8 with 239 people on board.

"Today Royal Australian Air Force assets will deploy to assist in further examining the acoustic signals in the vicinity of where the Chinese ship has detected the sounds," said Angus Houston, head of the Joint Agency Coordination Centre leading the search.

"HMS Echo and Australian Defence Vessel Ocean Shield are also being directed to join Haixun 01 as expeditiously as possible to assist with either discounting or confirming the detections."

Houston said the Australian vessel Ocean Shield would be delayed while it investigated a separate acoustic signal in its current search location that had only been detected in the last hour.

"We do not have any detail on the encounter at this stage," he said.

"We just know that there has been an acoustic detection by Ocean Shield which has highly sophisticated equipment and the word I have got is that it is something that needs to be investigated.

The Haixun 01 signal, which lasted for 90 seconds, was picked up during searches on Saturday. The Chinese ship had already detected a more fleeting signal on Friday, Houston said.

He described the development an "important and encouraging lead but one which I urge you to continue to treat carefully".

"We are working in a very big ocean and within a very large search area, and so far since the aircraft went missing we have had very few leads which allow us to narrow the search area," he said.

Houston said the mission was treating both acoustic signals "very seriously" but he said the Haixun 01 detection was the most promising lead.

The retired Australian defence chief also said that corrected satellite data had shifted the focus for the hunt for the missing plane to the southern area of the search, the area that Haixun 01 is operating in.

"The whole of the existing search area remains the most likely area that the aircraft entered the water, but based on the new advice the southern area now has a higher priority," he said.

Houston urged caution, saying he did not want to put the families of those onboard the missing flight under further stress.

[Image: Ye Aung Thu/AFP/File -- File photo of the China Maritime Safety Administration vessel Haixun 01, which has detected a signal "consistent" with the type emitted from the aircraft black box during its search for the missing Malaysia Airlines flight MH370]