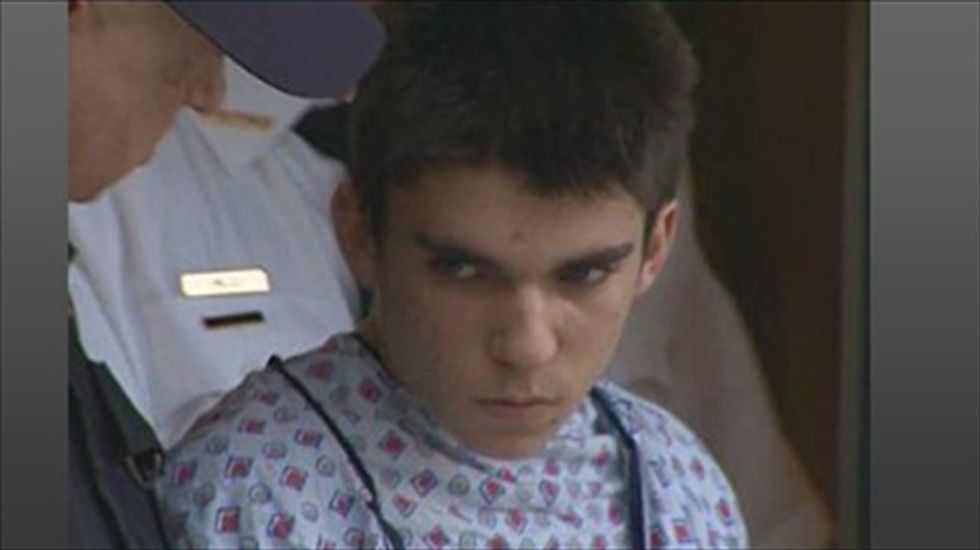 PITTSBURGH, Pennsylvania (Reuters) - The 16-year-old boy who stabbed 21 people at his Pennsylvania high school was charged on Friday with as many counts of attempted homicide, as court documents revealed his note describing the "helpless looks" he hoped to see on his victims' faces.

The April 6 note was quoted in an affidavit filed at the second arraignment of Alex Hribal, who previously faced four charges of attempted homicide for his stabbing spree on April 9 at Franklin Regional High School in Murrysville near Pittsburgh.

"I can't wait to see the priceless and helpless looks on the faces of the students of one of the 'best schools in Pennsylvania' (when they) realize their precious lives are going to be taken by the only one among them that isn't a plebeian," the note said, according to the affidavit obtained by Reuters.

Hribal signed and dated the note three days before he turned on his classmates with two 8-inch steel kitchen knives, wounding 20 students and a security guard, the affidavit said. The rest of the note was not made public.

Patrick Thomassey, a lawyer for Hribal, who has previously said the sophomore student was "remorseful" after the attack, did not respond to requests for comment on Friday.

Hribal, who has been charged as an adult on all counts, appeared on video live from a juvenile detention center at the arraignment at a Westmoreland County court. He was first arraigned on April 9, and is also facing 21 charges of aggravated assault and one charge of possessing a weapon on school property.

The affidavit also described how Samuel King, the school's vice principal, grabbed Hribal from behind as students fled the hallways in panic during the attack.

Hribal refused to let go of the knives, according to King, saying: "No, I am not dropping them, my work is not done, I have more people to kill."

Two teenaged boys stabbed by Hribal were still being treated at Forbes Regional Hospital in Monroeville, Pennsylvania, on Friday, one in a "critical but stable" condition, a hospital spokesman said.

Watch a report on the upgraded charges against Hribal, aired on Friday on WTAE-TV, below.