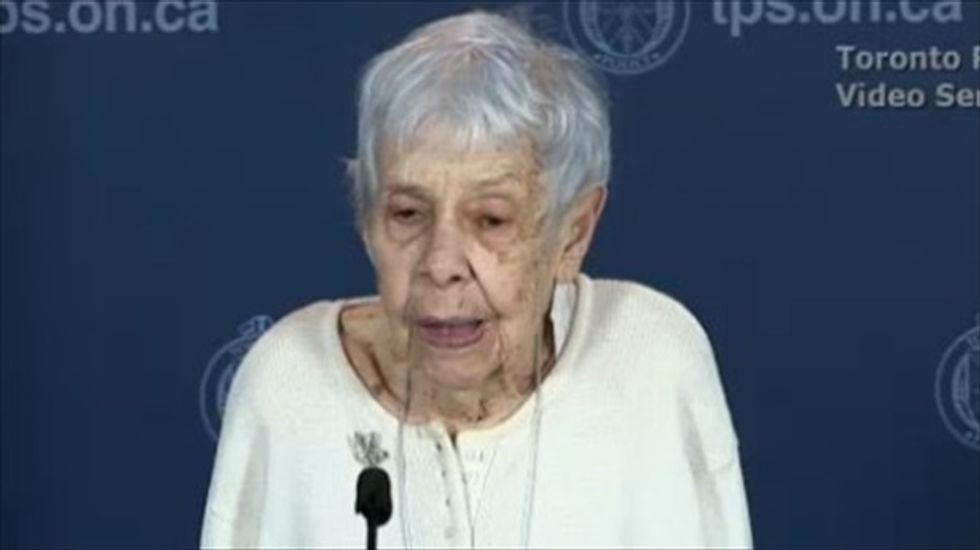 A housekeeper and her husband were arrested Wednesday for forcibly moving into a 94-year-old Canadian woman's house, confining her to a bedroom and emptying her bank account.

Toronto police told a press conference that Norma Marshall, living on her own, had hired the Portuguese housekeeper four years ago.

The housekeeper's role gradually expanded until one day last month when Marshall answered a knock at the door.

"She ... was surprised to see that the housekeeper along with her husband and children were at the door, along with all of their possessions," said Detective Constable Valerie Dahan.

The couple announced to the elderly woman that they were moving in and Marshall was moved into a smaller bedroom and confined to it "most of the time," Dahan said.

The couple then gained access to Marshall's bank accounts and allegedly stole her life savings of about Can$25,000 (US$23,000), and began selling off her possessions, including jewelry and furniture.

He told reporters he delivered a medical prescription to Marshall every Wednesday, and was surprised that a man who claimed to be a relative recently answered the door.

The delivery man noted that he had not seen any member of Marshall's family in more than a decade.

At his next visit the following week, the delivery man insisted on speaking with Marshall and was brought to her room where, he said, she was "confined to the bed."

"She didn't look at me, she was just scared so I knew that something was wrong."

Marshall commented: "The life savings is one thing, but what it does to you emotionally is worse.

"You don't need a lot of money when you get old. You do need people around you," she said.

Police have charged Vera Nunez, 32, and Luis Serpa de Considad Santos, 38, with fraud, theft, mischief, interfering with property and being unlawfully in a dwelling.

Watch a report on the alleged scheme, as aired on the CBC on Wednesday, below.