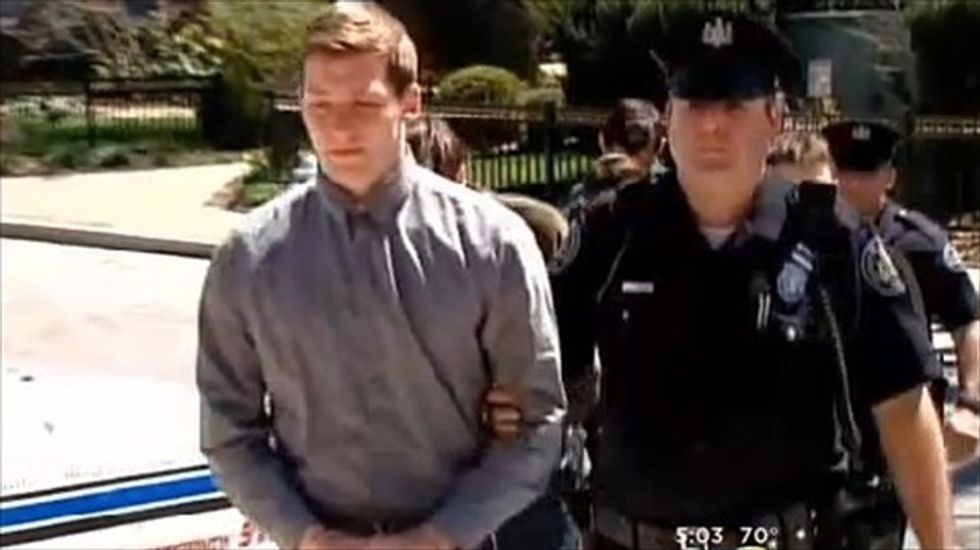 A pair of Pennsylvania prep school graduates are accused of recruiting high school and college students to work for them in a drug ring operating at several suburban schools.

KYW-TV reported on Monday that 18-year-old Timothy Brooks and 25-year-old Neil Scott were arraigned on Monday and identified as the leaders of the "Main Line Takeover Project." The name is a reference to their base of operations, an affluent neighborhood in the suburbs of Philadelphia.

Prosecutors in Montgomery County said Brooks and Scott, both graduates of the Haverford School, used their connections as both alumni of the $35,000-a-year private school and youth lacrosse coaches to build their budding organization.

The Philadelphia Inquirer reported that authorities seized 23 grams of cocaine, eight pounds of marijuana, more than $11,000 in cash and several firearms, including a loaded AR-15 assault rifle. Eight adult men, one adult woman and two 17-year-olds were charged in all.

The group is accused of selling marijuana to students at not only Haverford, but Conestoga, Harriton, Lower Merion, and Radnor High Schools, while also selling cocaine, marijuana, hash oil and Ecstasy at Gettysburg, Lafayette, and Haverford Colleges.

"You're dealing with kids from one of the finest institutions, probably, in the country," Montgomery County District Attorney Risa Vetri Ferman said at a press conference. "To take those skills and turn it into this kind of illegal enterprise is very distressing."

The Associated Press reported that Scott was getting his marijuana from an unidentified supplier in San Diego, where he worked at a medical marijuana dispensary before moving back to the area. He allegedly believed his business would prosper in the Main Line area "because everyone between 15 and 55 loves good weed."

Watch KYW's report, as aired on Monday, below.